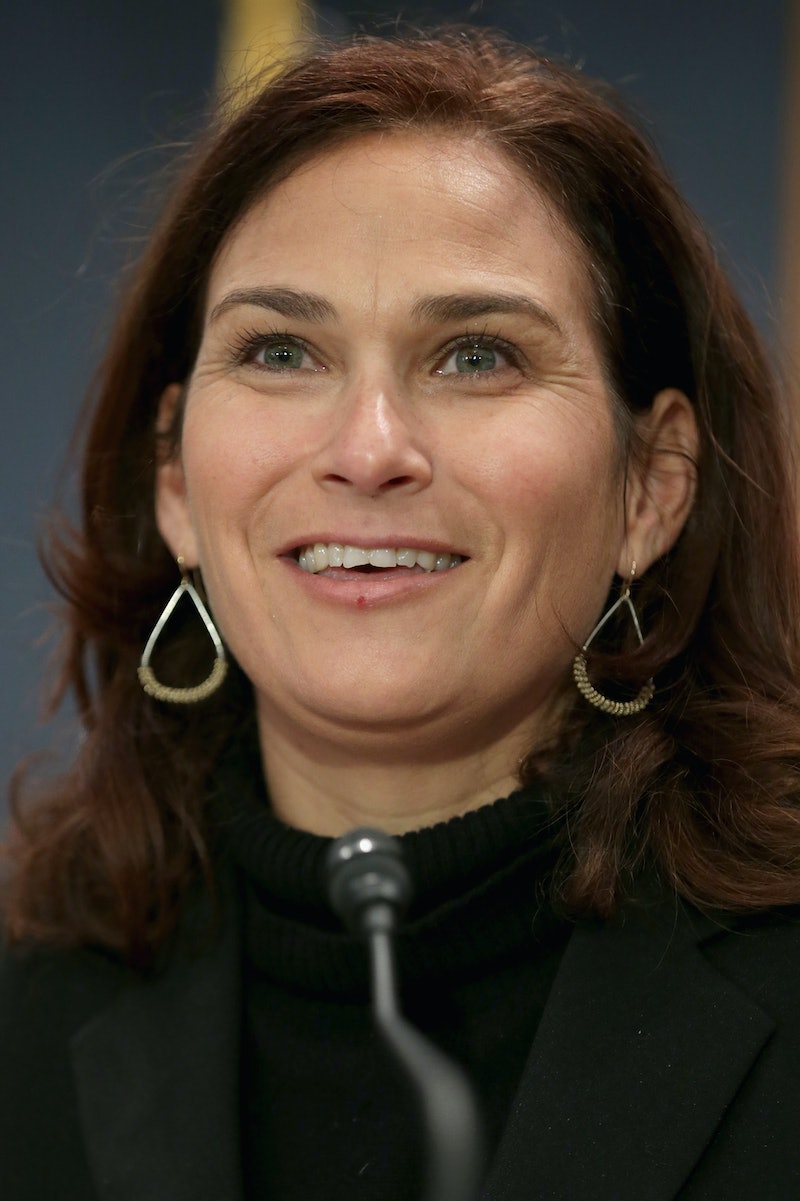 When it comes to reproductive rights, Ilyse Hogue is one of the most powerful voices in the game. As the president of NARAL, the largest pro-choice advocacy group in the country, Hogue works day in and day out to give women the right to have an abortion. On Sunday, Hogue announced she was pregnant, and this strong pro-choice voice has decided not to have an abortion herself, proving once and for all that "pro-choice" doesn't equal "pro-abortion."

Hogue, a former director of communications and political advocacy at MoveOn.org, isn't your stereotypical reproductive rights activist. She's a seasoned communicator and advocate with very little background in abortion issues. Now that she's expecting twins with her husband, John Neffinger, she's even less of a stereotype — and, in a new interview with The Washington Post, she's not afraid to admit the irony.

Still, that doesn't make her any less of a passionate supporter, and her pregnancy can remind us all what it means to be "pro-choice." At a time when abortion rates have dropped 12 percent nationwide, it's important to understand that to be pro-choice doesn't mean that a woman will want an abortion for herself. In the same interview with The Washington Post, Hogue emphasized that she chose to become a mother, exercising her reproductive rights the way that she wants to.

Ultimately, Hogue represents an important distinction between pro-choice and pro-life. The pro-choice community stands for reproductive freedom, the right to make one's own choices about abortion. Put another way: A pro-choice woman doesn't have to get an abortion any more than a straight gay marriage supporter has to get married to someone of his or her own gender.

While Hogue may not fit the stereotypical idea of an abortion activist, she's not necessarily an outlier either. Women who have children often argue that motherhood has made them more secure in their pro-choice views because they appreciate their opportunity to have chosen motherhood. In reality, it's not that these mothers aren't pro-life. Clearly, they're on the side of life when it comes to making decisions about their own maternity. Rather, this mentality pushes back against an anti-choice opposition. That is to say, pro-choicers want to give all women the choice to make her own decisions — a choice that the pro-life side would take away by outlawing abortion.