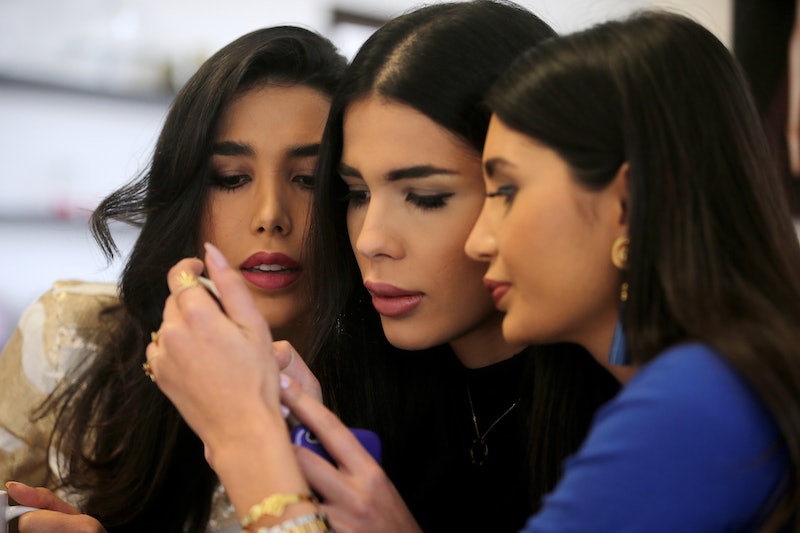 First it was Flash Fiction, then it was Twitter novels, and now 23-year-old Caroline Calloway is inventing the Instagram memoir. Through a series of photos and long descriptions depicting her (pretty glamorous) life as a student at Cambridge University, Calloway has totally changed the way a social media site like Instagram is used.

If you’re thinking “um… everybody documents their lives in photos on Instagram,” well, Calloway is doing things a bit differently. First of all, the text that she posts with her photos is much longer than the average post, but more importantly, she has actually put in the work to create a cohesive narrative of her life at Cambridge. According to Tech Mic, Calloway doesn’t post her pictures in real time. She took most of the photos she posts a year or more ago, and the text she’s written is drafted and edited and published on Instagram as a cohesive memoir. The posts read like a story, complete with dialogue and “To be continued’s.”

Calloway’s posts started off as a venture she called “adventuregrams,” detailing the adventures and people she encountered at Cambridge, but now Calloway has an agent and is looking to publish her Instagram memoir in book format as well.

And with more than 340,000 followers on Instagram and 11,000 followers on Twitter, it’s hard to believe she won’t have publishing houses throwing deals her way soon. Her agent certainly seems to think so.

Calloway’s Instagram memoir has even garnered a loyal following of readers, who connect with her story and even sometimes seem to idealize the people in them as characters in a story.

That’s not hard to believe since the story Calloway has written seems somewhat too good to be true. As Sophie Kleeman at Tech Mic noted, “News stories written about her almost always describe her life as a "fairytale," and waste no time highlighting her privileged and enviable existence.”

But Calloway insists everything she writes is honest. “It's very easy to see Cambridge as this fairytale life," she said. "But I'd like to think the reason my stories appeal to so many people is they're in no way sugar-coated."

Cambridge student Abby Jitendra told ABC News that she felt Calloway's depiction of Cambridge life only showed how things were for wealthier students. "Her pictures are mainly for outsiders," Abby said, claiming that Calloway's pictures "amplify the ridiculousness of Cambridge."