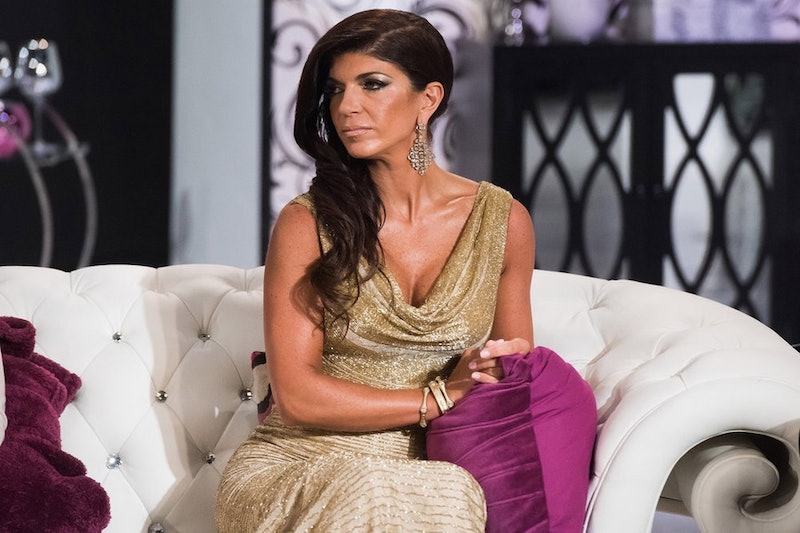 Halfway into her 15-month prison sentence, it seems like Teresa Giudice's net worth is in freefall even though the Real Housewives of New Jersey star just forfeited her expensive car, in hopes of paying off some of her court fees. (They reach nearly a half of million dollars, according to NJ.com.) Teresa Giudice isn't much like the other Real Housewives, because she's had a surprising journey in her course from regular suburban mom to celebrity. While she's hit some incredible highs, much of Teresa's public life has been spent experiencing some incredible lows. It's shocking how much money she has made and lost in just six seasons of Real Housewives of New Jersey. In some ways, Teresa is by far the most successful Real Housewife of all time, but in others, being on the show has done more to ruin her financial security than if she had just stayed an eccentric local New Jersey personality.

There's no official tally of just how rich the Giudice family was before their monetary troubles started, but once Teresa was accepted onto The Real Housewives of New Jersey, she quickly used her fame to basically quadruple her yearly family income. And for a while, it seemed like the Giudices had gone from average to rich... but it didn't last for long. Right now, Teresa is serving a prison sentence for conspiring with her husband Joe to commit financial fraud, if that's any indication as to the extent of her money problems.

She Didn't Begin As A Gazillionaire

Things started modestly for Teresa, growing up with brother Joe Gorga as the children of Italian immigrants. Joe Giudice grew up the same circumstances, and in their small neighborhood no one was driving Maseratis or owned mansions that covered thousands of square feet. But, once Joe and Teresa got married, Joe's career as construction company owner and Teresa's contributions as a buyer for Macy's started to build them up from working class to upper middle class.

She Got A Taste For Luxury 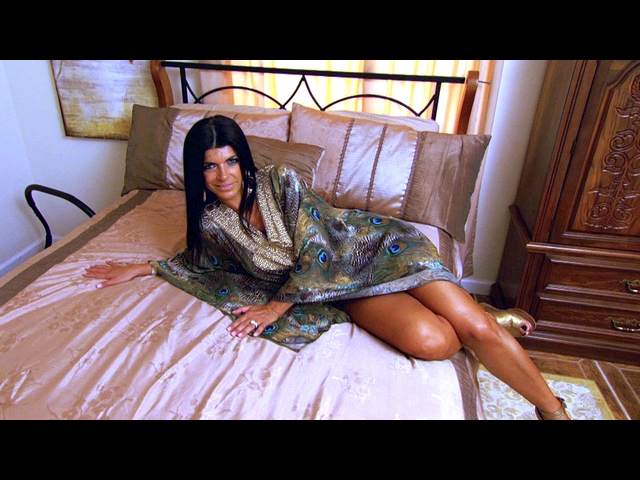 Joe Giudice's construction business is credited for earning $79,000 a year on TheRichest, a site that collects data on celebrity net worth. That seems like enough to afford a nice living situation, but you can see how the Giudices may have overreached when they built their Towaco home in 2008, which they put on the market for $3.99 million in 2014. Anyway, building a 10,000 square foot home seems a bit ambitious, even for a construction pro like Joe. Teresa's opulent lifestyle was the center of the first few seasons of the show, as she blinged out everything from her handbags to her jeans to her kids' dance costumes. Everything about her was over the top and as expensive as possible, even her house down the shore (in the video tour above).

And when Teresa started becoming a star, flipping tables over, and making every line out of her mouth an instant quote, she was very well compensated. By her last season, according to RadarOnline, Teresa was making $700,000 per episode, though unfortunately, by that point she was already in debt, even before the public knew about the fraud — more on that in a minute.

And Then She Because A Businesswoman

Teresa's Italian cookbooks, taken from her mother's recipes, each made it onto the New York Times Bestseller list. They didn't make the "best cookbooks ever" list, especially if that list was written by Kathy, but according to RadarOnline, who reportedly received information from Nielsen BookScan, Teresa's third cookbook, Fabulicious! On the Grill went from selling thousands of copies in 2013 to just 80 in 2014 when her financial issues started becoming public. But, it didn't stop there. She had wine lines, jewelry lines, and slapped her name on anything that would have her... and, in an interview with Andy Cohen after their sentencing, the Giudices admitted that all of her products dipped dramatically. But those businesses, combined with her RHONJ money and her assets, like her two homes, are how she became a millionaire — or, at least, earned millions, even if it wasn't enough.

But, Then Everything Went Wrong

The Giudices continued to fall into debt as Teresa's RHONJ earnings started to skyrocket. They claimed to owe $11 million in their 2009 bankruptcy filing, but as any Bravo fan knows, that didn't really work out for them. They were found to have lied on that 2009 document, didn't file their taxes properly for years, and didn't disclose all of their assets, leading to the Giudice fraud trial and eventual conviction. Now, they're forced to pay back the half million in restitution discussed earlier, which has taken Teresa's car and the family's homes, as well as many of their furnishings, according to NJ.com. They'll also have to pay back their earlier debts as well, which according to NorthJersey.com is $13.4 million total. Wow.

Still, Don't Count Her Out Just Yet

There are lots of rumors swirling around what Teresa Giudice will do once she's released from prison. Return for more Real Housewives of New Jersey , write a tell-all book, host a cooking show, exploit her strained relationships with Jacqueline or Caroline Manzo for more Bravo airtime... the possibilities are endless. But, I'm sure she'll be able to recapture at least some of her fame, because hearing what happens inside of Danbury Prison was interesting enough from a regular lady — yes, it's the Orange Is the New Black prison — so, I know I'll be curious what it was like for a Real Housewife.

Anyway, I guess you could say that for the moment, Teresa's net worth is -$13.4 million dollars, but I'm thinking of it as something more like TBD.