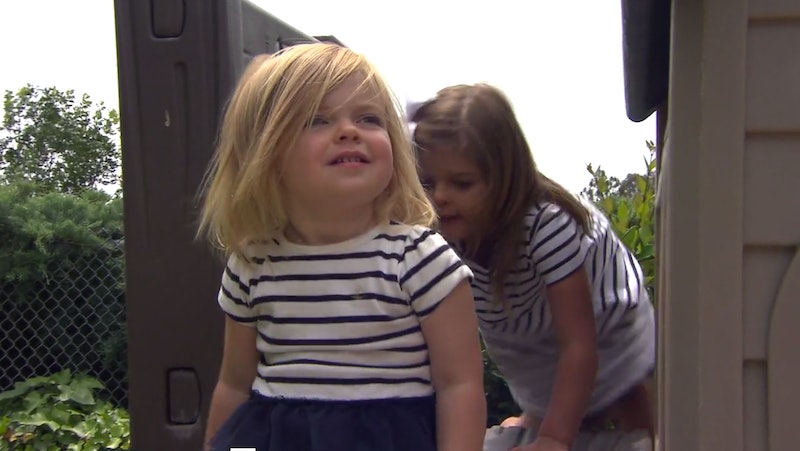 Film producer Gordon Gray and his wife, Kristen, are living every parent’s worst nightmare: In March, the couple’s daughters, ages 2 and 4, were both diagnosed with Batten disease, a rare neurodegenerative disorder. The disease has no cure and is fatal; most children with Batten disease die between the ages of 6 and 12. The Grays have started a foundation to raise money to support research on Batten disease, in hopes of finding a cure before it’s too late. Celebrities have rallied around the producer's sick children, asking their Facebook and Twitter followers to donate money with the hashtag #CureBatten.

According to Deadline, the Grays first began to suspect something was wrong when their older daughter, Charlotte, now 4, began exhibiting speech and coordination problems at the age of two and a half. After a number of misdiagnoses, they finally received confirmation that she has Batten disease on March 2. A week later, they found out that their younger daughter, Gwenyth, also has the disorder, which is an inherited disease. According to the Batten Disease Support and Research Association (BDSRA), people with Batten disease “suffer progressive neurological impairment” and experience symptoms including blindness, seizures, loss of motor skills, dementia, and behavioral changes. Batten disease eventually leads to an early death. There are a number of different types of Batten disease; the Gray children are suffering from Late Infantile NCL Batten Disease CLN6, a particularly rare type that is estimated to affect less than ten people in the world.

Because Batten disease is so rare, the Grays have had to search all over the world for doctors and researchers who specialize in the disorder. They eventually found a researcher in New Zealand who has had some success with treating the disease in animal trials, but who needs further funding to move forward into human trials. The Grays have set up the Charlotte & Gwenyth Gray Foundation and hope to raise $10 to 12 million to fund the research. A number of celebrities, including Gwyneth Paltrow, Channing Tatum, and Dwayne “The Rock” Johnson, have taken up the cause, encouraging followers to donate 1 dollar to aid research with the hashtag #curebatten. Given the large fan bases that many of these celebrities have, these dollar donations could go a long way to help the Grays reach their fundraising goals.