If you often use the ghost emoji to express how you're feeling, then you should consider checking out the Kickstarter for Life, After, a web-series created by BFFs Erica Tachoir and Corinne Caputo, about learning how to be ghosts. You heard right! You don't just automatically get all the knowledge it takes to be an otherworldly spirit; even Nearly Headless Nick at Hogwarts lost his noggin every once in a while. According to their Kickstarter, the show is about "two best friends (Corinne and Erica) who are hit by a bus, die, and become ghosts. Together, they navigate the strange rules of the afterlife while trying to figure out their unfinished business so that they can 'pass on.'" Various trials and tribulations include the nuances of passing through things (ghosts can pass through walls, but NOT through glass), and trying to communicate with the living (they can write — but only with blood. Kind of a dealbreaker).

So why should you donate to Life, After? First and foremost, we need more visible, talented women in comedy, and these two are the perfect candidates: Corinne Caputo is a writer and comedian who performs with the Upright Citizens Brigade, and has a book, How To Success: A Writer's Guide To Fame And Fortune coming out from Chronicle Books next spring. On top of all that, she's a former Bustle writer. Her co-creator, Erica Tachoir, is a filmmaker that met Corinne at the Upright Citizens Brigade, and thus, Life, After was born (or, died).

Chances are, if you have a handful of creative-types in your friend group, at least one of them is making a web-series. And yeah, not all of them succeed. But the ones that do REALLY do. Have you ever heard of two brassy, bold young women named Abby Jacobson and Ilana Glazer? That's right, the creators of Broad City got their deal with Amy Poehler and Comedy Central after making many, many webisodes of their hilarious series. And here some other hit shows that you might not know started where so many great things start, the Internet: Children's Hospital, Drunk History, and Burning Love — all hilarious, and all that might not have made it to TV if not for the power of the web-series.

So, in conclusion: two awesome ladies are making a web-series. One of them is a former Bustler, which just takes Life, After to a whole different level. It's about trying to be a twenty-something girl and figure life out, and then dying, and then being a twenty-something ghost trying to figure death out. Awesome so far. And, as with every Kickstarter, there are PRIZES! Generous donations will be rewarded with a personalized, written obituary, a signed copy of Corinne's forthcoming book. So let's get ready to crowd-fund, baby! It's a spooky good idea. 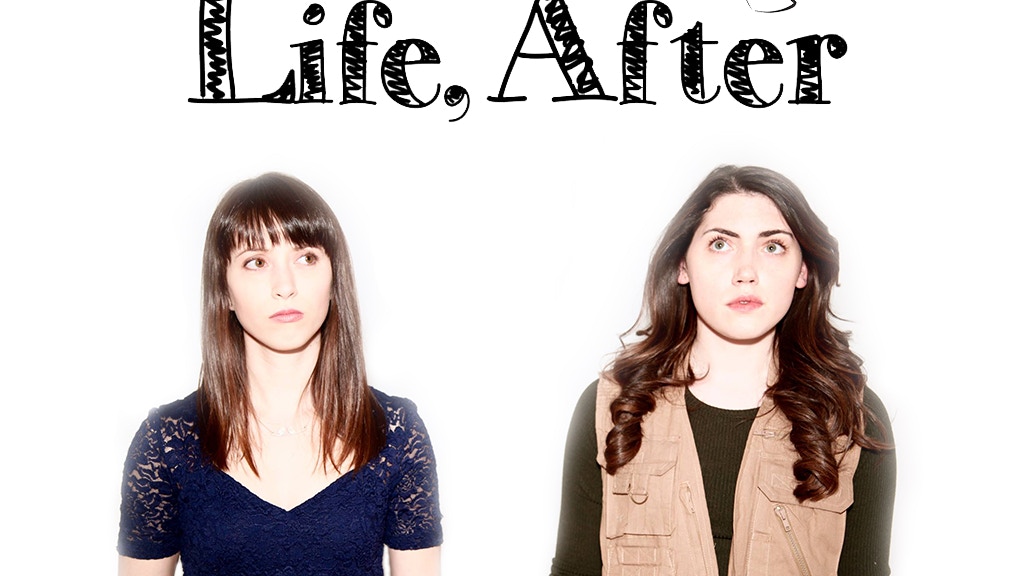