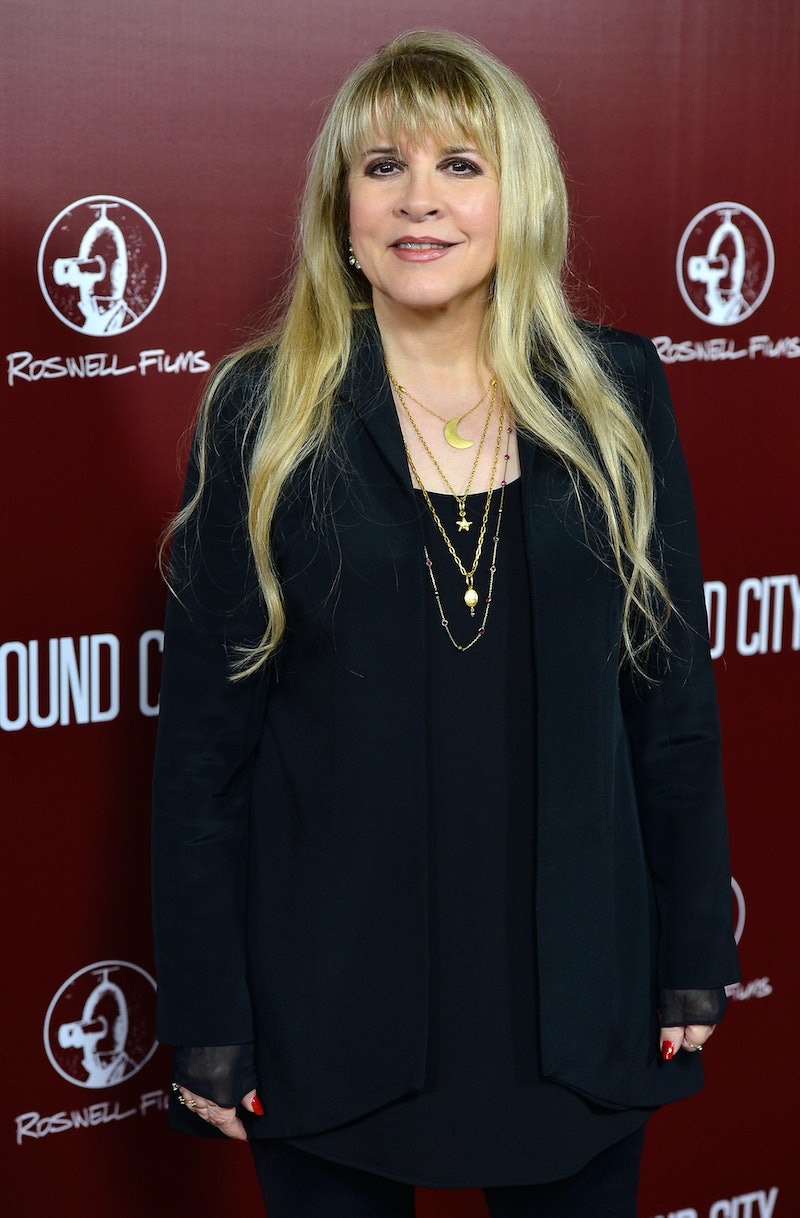 So, that news about Stevie Nicks' guest-starring on American Horror Story: Coven just got even more perfect: In a new interview with EW , the series creator broke down Nicks' upcoming role, and just when she'll be heading to hang out with Fiona Goode and co. down in New Orleans.

She appears as herself. It’s part of Fiona’s ruse in that Fiona is trying to get the true Supreme to reveal herself because she needs to stay alive. So she tells Misty Day that the Supreme gets so many great things in life, like tickets to the Oscars and Met Ball tickets. So she brings Stevie Nicks in as a gift to Misty to prove to her that if she exhibits more power she’ll get that and more. Then the other girls come home and see Stevie and Misty singing and it starts them trying to move much quicker to prove that they are the Supreme.

Stevie Nicks is definitely much cooler than Met Ball tickets, so I can kind of see Fiona's logic here. Plus, Misty Day (Lily Rabe) has been downright obsessed with Nicks — a.k.a., the white witch — since the beginning of the show (not to mention Murphy has been in contact with Nicks ever since he got her explicit permission to use her songs on the show) so it makes sense that she'd eventually make an appearance in some form. Even better: Apparently, Nicks and Misty are going to sing a song together too.

Murphy also shared that Nicks will be in the 10th episode of the season, which will air "right when we come back from winter break."

So, in summation: STILL BEST. NEWS. EVER.

More like this
Here's Why You'll See Less Of Olivia Rodrigo In 'HSMTMTS' Season 3
By Bustle Editors
Everything To Know About The Flash Season 9
By Brad Witter
Who Is 'Stranger Things 4' Fan-Favorite Joseph Quinn Dating IRL?
By Grace Wehniainen
Sadie Sink Would Escape Vecna From 'Stranger Things' With This Taylor Swift Song
By Grace Wehniainen
Get Even More From Bustle — Sign Up For The Newsletter