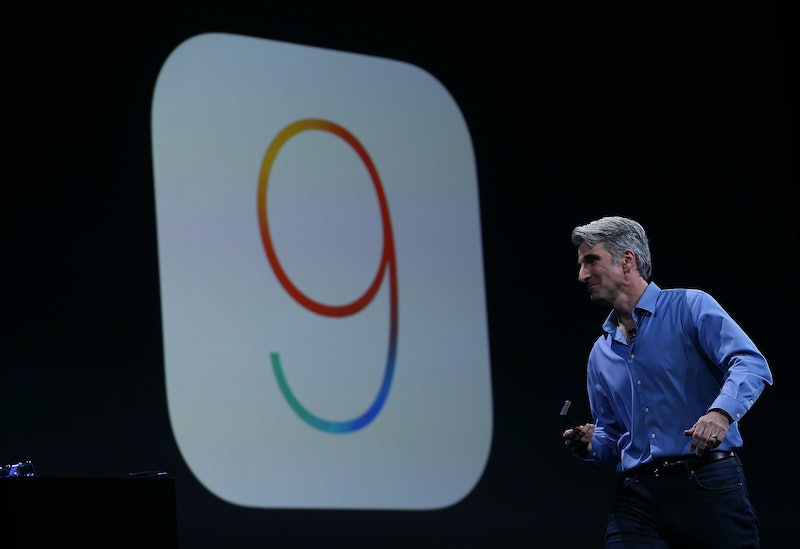 As always, Apple did its best to whip up anticipation at its Worldwide Developer's Conference in San Francisco this week — they announced new information on Apple Pay, the upcoming Apple Music service, as well as new updates to iOS, OS X, and the Apple Watch operating system. But there was one big change to iOS that flew slightly under the radar — behold San Francisco, the new iOS default font.

For those of you who aren't regular Apple users, here's the deal: Up until now, as detailed by Business Insider, iOS made use of the default font Helvetica Neue. But with iOS 9, Apple has decided to standardize the iOS 9, OS X, and Apple Watch fonts, effectively meaning all their products will default to a relatively new one called San Francisco. The change is so remote that, unless you're a typeface-phile or just incredibly perceptive, you might not notice, but it's a difference nevertheless.

So, what exactly does San Francisco look like in action, and where did it come from? Luckily, anybody who watched the WWDC keynote got a little glimpse of it, as has anybody who threw down some cash to get their hands on an Apple Watch, obviously.

As you can see — or, maybe can't — it's a very slight change, but San Francisco is a more condensed font than Helvetica, which is precisely why it made so much sense for the tiny Apple Watch display. It's also adaptive, however, as Gizmodo pointed out late last year: When on a tiny screen like the Apple Watch, the font's spacing tweaks to enhance legibility. When it appears on a larger screen — like if you had iOS 9 on an iPad, for example — it narrows its spacing to maximize the abundance of room.

So, where exactly did Apple find this font they're willing to make a default across all their products? Why, they made it themselves! Unlike Helvetica, San Francisco was developed in-house by Apple, and first debuted in 2014. In other words, it's a relative newcomer to the scene, but we're all going to be getting very, very familiar with it in the weeks and months to come.

Obviously, everybody has their own tastes, but the fact that Apple felt compelled to design their own adaptive font, and that they're moving towards it being more or less their official font across the board speaks volumes about their confidence.

Also, there's a pretty long-overdue tweak to the iOS touch keyboard coming — now, when the shift key isn't set to capitalize, the keyboard display will switch to lower-case, rather than continue to present as upper-case, making things that much clearer. Not bad, huh?

More like this
Using Your Pet’s Name As A Password? Here’s Why You Might Want To Change It
By Cristina Sanza
Poshmark Vs. Depop: How The Reselling Apps Compare
By Emma Carey
The 4 Best Phone Holders For Bed
By Yoona Wagener
The $10 Gadget I’ve Used Daily For 3 Years & Will Never Be Without
By Maria Cassano
Get Even More From Bustle — Sign Up For The Newsletter