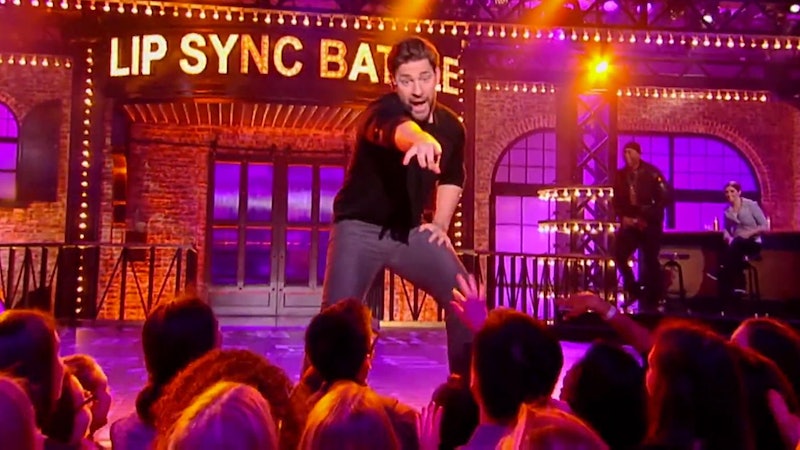 If you thought it was exciting when Lip Sync Battle became its own spin-off show after debuting during The Tonight Show With Jimmy Fallon, you’re about to be wowed once again. Ladies and gents, it’s time to dust off the pom poms, because I have some news. Reportedly, Lip Sync Battle is about to go live and you can bear witness to its absolute greatness.

According to The Hollywood Reporter,

“Spike TV's celebrity competition series is hosting a live show in Central Park on July 13 as part of the City Park Foundation's Summer Stage festival. Though the star performers have yet to be announced, Chrissy Teigen and LL Cool J will host the event.”

Considering we don’t know who is performing yet, it’s hard to speculate on just how the whole thing is going to go down. But, what we can do as we patiently await word on the participants is look back on previous celebrity Lip Sync Battle duels. Some performances certainly trump others, but, despite the quality of the lip sync, each star has undoubtedly surprised us in one way or another.

So, here are nine Lip Sync Battle performances, ranked in terms of passion:

It wasn't bad, it's just after seeing other fire battles, I expected so much more from this duo.

Again, not bad‚ but not the best we've seen from this show.

Fallon is a seasoned Lip Syncing veteran, and the inspired choir performance proved it.

They committed to their characters, yes — but I would have liked a little more pizzazz.

It takes a lot of guts to sing and slay "I Just Had Sex" in a contest against your poor brother. Also, Derek put in work impersonating Maddie Ziegler. Props to both of them.

Krasinski's expert boy band moves made this battle extra special, but I think Kendrick's shirt and overall 'tude directed towards her opponent was what got them in the top three slot.

The ribbon dancing. That is all.

I truly did not know that Hathaway had it in her. The wrecking ball just really put it over the top, man.