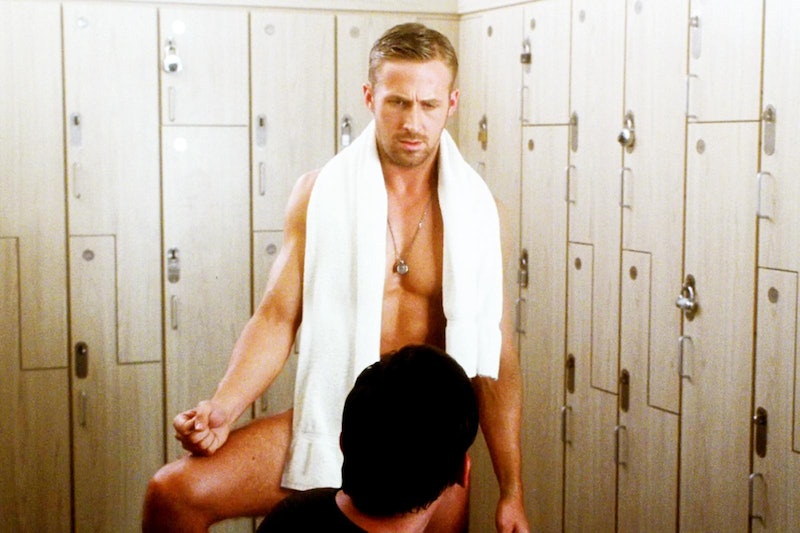 When I first clicked on this video of women explaining whether or not size really matters, I did it with a lot of hesitation. Mostly because I don't really care if women care whether or not size matters to them, because the type of woman who cares about/spends time discussing useless Sex And The City shit like that is like, SUCH a Samantha (LOL!) but also clearly has no grasp on what's actually important in a sexual partner—like I dunno, trust, respect, chemistry and, I guess, like, liking them as a person, but whatever, big dicks yo! And then as I started watching the video I thought it must be a parody, because I was laughing at its satirical genius...Until I realized it was dead serious.

The video features talking heads of both men and women discussing penis size. Without a hint of sarcasm women say things like, "My ideal size is bigger than a q-tip and smaller than a cucumber" and "You never call out a guy for having a small dick, unless he's an asshole. Then you call him out on social media," and men say things like "Girls definitely think size matters. A big dick is like their mascot" and "Oh my god it feels like someone put their leg in me!" Who are these people? And why aren't they embarrassed to say things like this? Watch below, and cringe along with me:

Meanwhile, the question is not "Does penis size matter?" but "Should we even be having this discussion?". The answer is no. Big dick, small dick, round dick, blue dick, thin dick, fat dick, dumb dick, smart dick. It's all the same. It's a fucking penis, not a personality. Everyone needs to get a grip and start worrying about things that actually matter. Here are more important things we can assess when choosing a partner:

1. Is he riddled with STDs?

It doesn't matter what size his dick is if it's covered in gonorrhea amirite?

2. Does he disrespect women?

He's got to be with a dick that small! LOL! Hashtag micro-penis!

Yes, especially when he whips out that tiny little thing!

Sarcasm and jokes aside (if you didn't realize my captions above were intended comedically), if you like someone, they don't hurt you, are kind to you, make you laugh, and you WANT to fuck them, who even cares what's packing? Would you turn down love for an extra inch of dick? Or a little bit less dick? Are you really that person? ARE YOU?