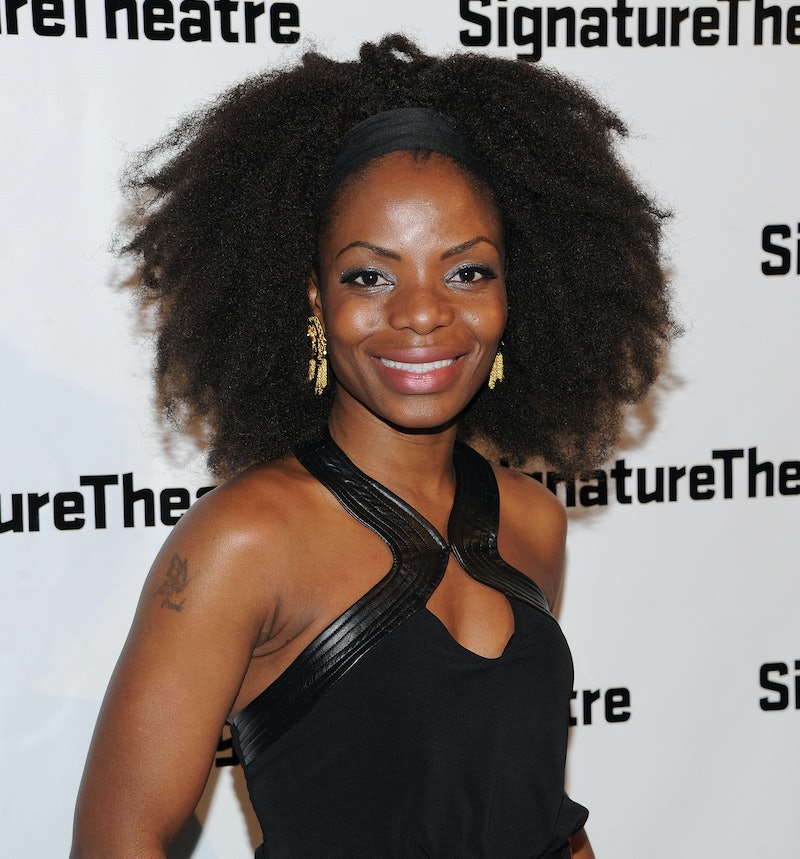 The time has finally come for the third season of Orange is the New Black. Not only do we get to spend an entire weekend on the couch watching all 14 episodes of the third season with all of our old friends at Litchfield, but we also get to meet a few new characters that won't be as familiar to us. One new character on OITNB Season 3 is Berdie Rogers. Played by, Marsha Stephanie Blake, Berdie Rogers is Litchfield's new corrections officer. And even though Blake isn't familiar to OITNB fans for her role as Blake, you've probably seen her in other acting pursuits in the past.

Not much is known about Berdie Rogers going into Season 3, other than her position at Litchfield. To learn more about her and her story, we'll have to watch the new episodes (which doesn't take too much convincing). Most likely, Blake will be replacing Pornstache as a CO, considering Pablo Schreiber — the actor who plays Pornstache — is now starring in an HBO series called The Brink as a series regular. But, before Blake makes a name for herself at Litchfield, she was featured in many popular TV shows, movies, and even stage productions. Here's what you need to know about Litchfield's newest officer.

She Acted In HAPPYish

Blake most recently acted in Showtime's HAPPYish, starring Steve Coogan. She was featured on the series in four episodes, playing Michelle.

She Was Hannah's Publisher On Girls

THE SHADE. If this clip is any indication of the comedic timing Blake has as an actor, I think she'll be an amazing asset to Litchfield. Also, shut up, Moe.

She's Been On & Off-Broadway

To name a few things she's been in on stage: The Merchant of Venice, Joe Turner's Come and Gone, The Crucible, An Octoroon, and Hurt Village.

She Serves Up Breastfeeding Realness

She's So Excited For OITNB Season 3

Just check out her Instagram feed. Blake's excitement for Season 3 is oozing out of every Instagram. And her enthusiasm is kind of contagious (as if I needed anymore reasons to be excited).