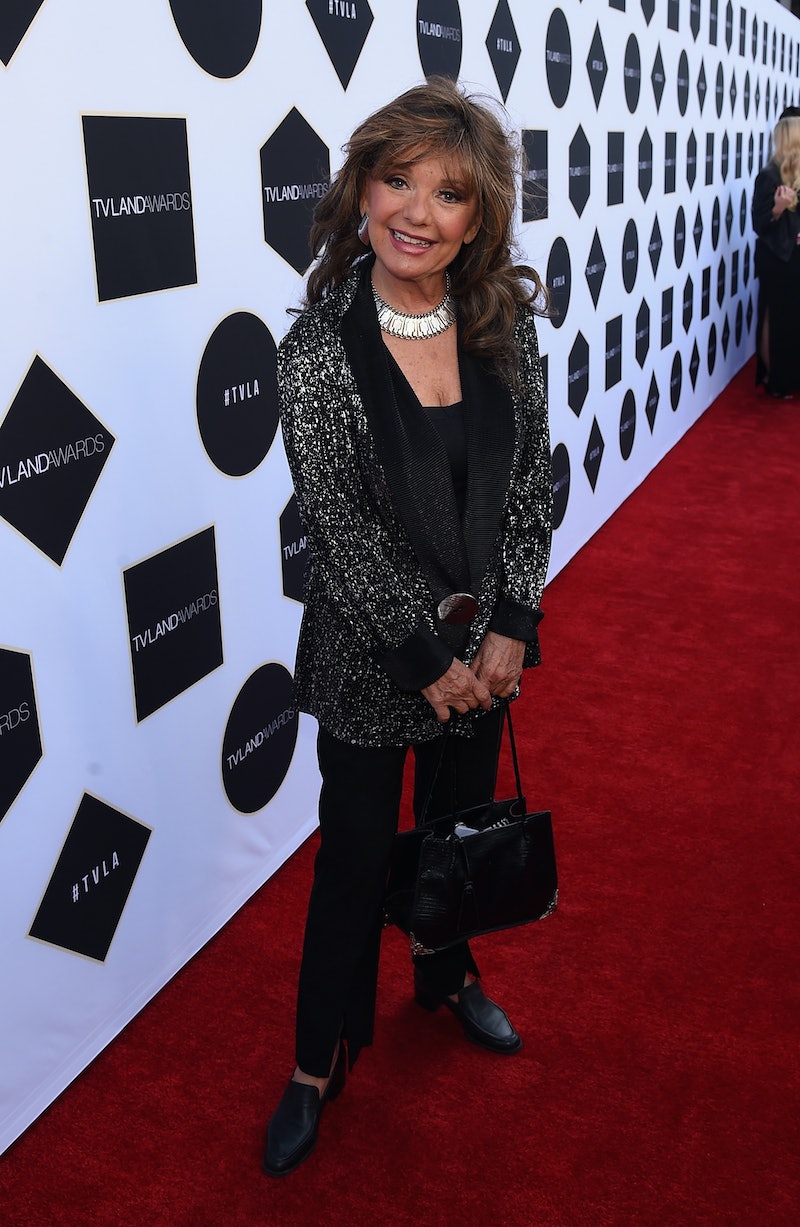 You can tell a lot about an individual’s personality based on who they name as their biggest Gilligan’s Island gal. Was it Ginger or Mary Ann? Personally, I identify more with Mary Ann — she was a simple, down-to-earth home girl who preferred to throw on a tied-up blouse and some jean shorts rather than pass her time as a deserted island castaway wearing a ball gown. (No shade, Ginger, but you were way too frilly for my tastes.) Needless to say, I’m definitely #TeamMaryAnn, just like the enthusiastic fans that were present when the actress who so flawlessly portrayed Mary Ann in the series, Dawn Wells, graced the official Gilligan's Island Facebook page with her presence for a Q&A session about her time on the show.

Though unfortunately no one asked Wells if she remembers all the words to the show’s theme song (otherwise known as “The Ballad of Gilligan’s Isle” — Wells, if you see this, I'm dying to know!), fans posed some pretty interesting questions that will bring back plenty of memories of the show's three-season run. Judging by Wells’ responses, she clearly looks back on her days as Mary Ann with much fondness. It's been years since Wells was rescued from the island shipwreck, but her Q&A responses prove that her experiences on Gilligan’s Island were unique, groundbreaking and unforgettable.

During the Q&A, one fan wanted to know if Wells managed to swipe any goodies from the Gilligan's Island set. On the memorabilia hierarchy, I imagine items like Gilligan's sailor hat or a piece of the shipwrecked SS Minnow rank pretty high. However, Wells had a much more fashionable response:

What She'd Like To Have On A Deserted Island

Gilligan's Island is probably a huge reason why many are asked questions about what they'd do if they were stranded on an uninhabited island — so it's no surprise that a fan asked Wells what her items of choice would be if she became a real-life Mary Ann.

"Man in my life, a pillow and a blanket — that's all one thing — and a change of clothes."

With today's endless array of technological options, the idea of your favorite TV show being broadcast in black and white is almost unfathomable — but that wasn't the case for the cast and crew of Gilligan's Island. Between 1964 and 1965, the show's entire first season was filmed in black and white, before switching to color for its second and third seasons, as well as the three TV films that followed. In response to a fan asking about the transition from black and white to color, Wells said:

"Our producers said we were never going to color, so we were shocked when they did. You know what interests me about the costumes? The reds had to match, the blues had to match, even though we were in black and white because in black and white, the shadow makes the difference, so you could tell it wasn't the same color. I think that's an interesting piece of trivia."

And while she may be miles away from that island now, Wells will always be Mary Ann to me.