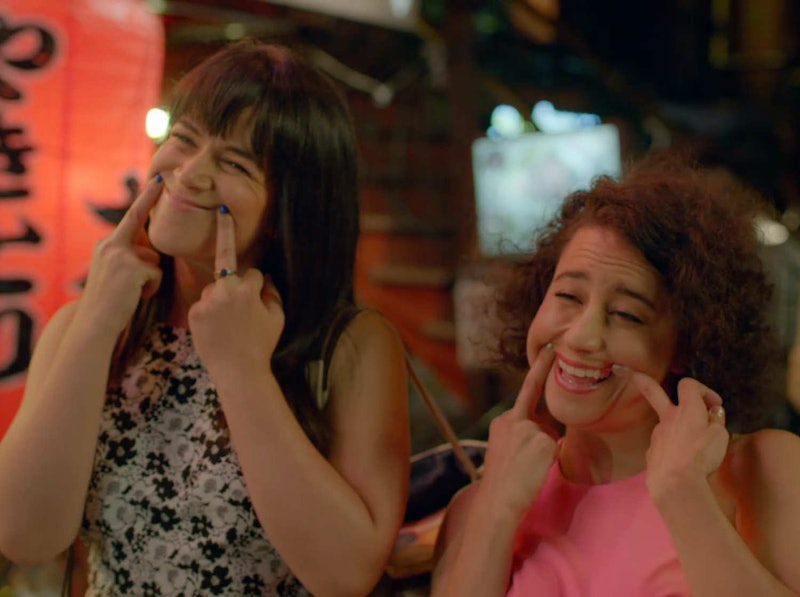 There's a reason the Twentysomething Complex seems to be the internet's most read and written topic. One, because millennials have quasi-taken over the internet, and the articles that we are pushing are the ones that speak to our own experiences. And two, because it is, and always has been, a notoriously difficult and confusing time. The only difference between the struggles of twentysomethings in the past and twentysomethings in 2015 is that we're actually talking about it now. It may seem the crisis is a generational thing, when really using the internet as a platform for it is all that has truly changed.

Sometimes when you're in the midst of your own anxiety and confusion and deep, penetrating uncertainty, you'll forget that's normal. When you're reeling over a heartbreak and believe the worst has befallen you, eventually you'll wake up and realize, "Oh, that's the pain of losing your first love that everybody's been talking about." The point is, there's nothing you're going through, no path you're walking down, that generations of people haven't trekked before you. The difference is that you choose how you see it, and you decide how you travel. Here, the most painful phases of your 20s that you will, in fact, survive:

I can sum this entire phase up in one quote from One Tree Hill — a quote you will see on many a Facebook status. Also in your journals. And brain. And between tears.

It’s the oldest story in the world. One day you’re 17 and planning for someday. And then quietly and without you ever really noticing, someday is today. And then someday is yesterday. And this is your life.

But kidding aside, you will get through it. Because it's not so much a thing to "get through" as it is a thing to process. It's your transition between the wide-eyed wonder and the more sober reality of what is and what will and could and maybe will be. It's not the worst thing in the world to question ... in fact, the biggest breakthroughs often come from what you decide to do when you start thinking: "Is this all there is?" Welp, speaking of:

The "Is This All There Is?"

Approximately 20,000 times in your 20s, you will probably ask yourself, "Is this it?" And if you're not asking yourself that directly, you're inquiring with your actions: You're pushing your senses to be maxed out at all times, jumping jobs, leaving friends, always seeking more, avoiding what's present because is this all there really is? But it's not so much about what you do or don't have at what age, as much as it is about the more juvenile lack of perception, or appreciation. Yes, this is all there is. That's not what matters, and it will never be. It's how you see it. It's what you do with it. It's how much you enjoy what you have, while not thinking doing so means you have to let go of what you'd like.

The "Am I Living Up To My Potential?"

You'll look at fellow post-grads and their LinkedIn updates, or you'll remember the dreams you once had in middle school and wonder if in some way, you've failed the person you used to be. It's at this point that you'll have to question whether or not you've yet to accept that your path took a curve you didn't expect, or that you're not really doing what you genuinely wanted to.

The "Desperately Trying To Avoid Settling"

You jump apartments, you find friends and lose them just as quickly, you cycle through a dozen hobbies that never seem to stick. It's all in a last ditch effort to accept that the person who you are is the person you may really be. You learn that settling isn't about accepting less than you wanted, but about being OK with what you are.

The "Singular, Manic Desire To Settle As Soon As Possible"

All your friends from high school are somehow engaged and maybe married and having kids and buying houses and what the hell are you doing with your life, right? Worse: you're waiting for love to come along and validate that the life you're questioning is, in fact, just fine. You think that finding a romantic commitment (or at least some tangible career security) will give you that feeling of relief, but as you find eventually, it won't. You have to give it to yourself.

Reconciling With The Love That Got Away (And Isn't Coming Back)

The ex that gets engaged and married, the one you had always hoped would roll back around. The realization that you're five years out the gate of your breakup and not only is it not something worth holding onto anymore, but you're the only one still invested — and worse, that maybe you're holding on for all the wrong reasons. Indeed, your illusions about young fairytale romance will dissolve eventually. And sometimes (... most times) some people will go with it. In the words of Cheryl Strayed: "Let yourself be gutted, let it open you, start there." You'll look back soon enough and count that loss as one of your greatest blessings. You just didn't know it at the time.

There are no more vicious people alive than young professionals one ranking above entry level. Nobody knows why, but it's a truth acknowledged across the universe. They're just confident enough to have something to slam in the faces of their mildly-less-competent fears, enough background to seem qualified, and not enough life experience to be graceful about it. They're like the awkward high school sophomores that nobody really likes. Grateful not to be freshman, but like, annoying about it overall.

A thing that will happen in your 20s, like, regularly if not consistently enough to drive you almost mad, is that you will constantly be having to let go of the things you thought ignoring would make go away. The issues you had all but completely forgotten about from your awkward, emotionally tumultuous preteens, and the love you didn't get from your family and how you had to go find it yourself. You'll see how being the big kid in 5th grade left you with a ghost-body complex, when at 25, you're struggling with feeling large when you're not. You'll see how you seek out the love a parent didn't give you, in money, in sex, in affirmation, in romance. You'll learn that you can't hide from yourself, and maybe more importantly, that you don't want to. What you'll heal and open and show yourself by simply addressing these things will make them worth it in the end. People's greatest traumas always become their defining strengths, but only after they get the courage to face them completely.

Judging Everyone Until You Change What You Dislike In Yourself

The national past time of the Official Twentysomething is The Sitting Around Drinking Wine Complaining About Other People Olympics. And this is because in your 20s, your self-loathing peaks. You're unsure of who you are, afraid of who you might not be, worried that you aren't living up to the person younger you had envisioned, and seeing left and right all the ways you're less than adequate for actually succeeding in the world. But it will pass. Eventually you'll do what you thought you couldn't possibly do and you'll gain a shard of confidence. You'll do something else and get a little more. Bit by bit, day by day, decision by decision, you'll become yourself, without really realizing you are.