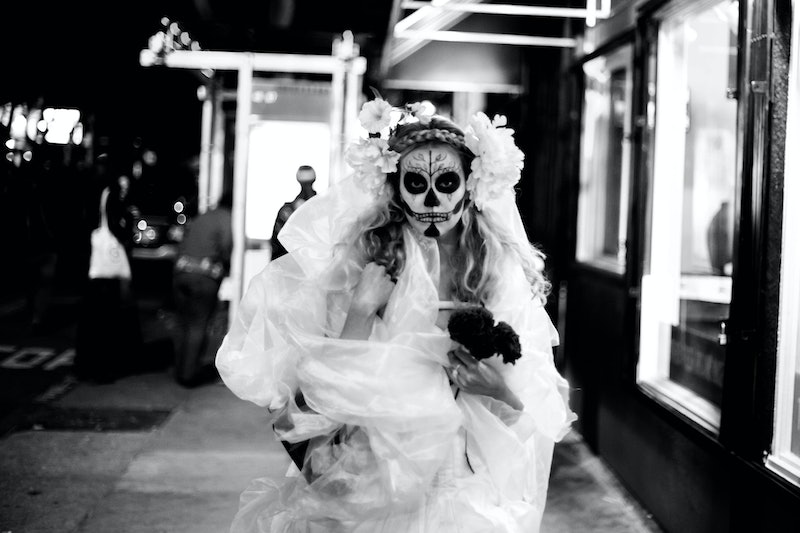 For today’s dose of complete and total WTF, I’d like to offer up this fun fact: It is possible to orgasm after you die. Yup, you read that right; corpses can climax. Don’t worry though, they’re not going to arch their backs and shudder and moan like something out of a mummy movie. They can, however, go through the physical act of having an orgasm.

According to WebMD, the sacral nerve is an all-important player in your orgasms that you probably didn’t even know about. It sits right above your butt (inside your body, of course) and electric stimulation of it “will trigger an orgasm in 91 percent of women.”

Salon reports that author Mary Roach wanted to know if, theoretically, you could electrically stimulate the sacral nerve in a dead person and give them a petit mort, post-mort. She asked a brain death expert named Stephanie Mann if it was possible and was told yup, totally possible. The caveat, however, is that the sacral nerve has to be receiving oxygen. That means that our coming corpses are brain dead, but their bodies are being kept alive via ventilators. These dead people are called “beating heart cadavers,” which is super creepy in its own right, and apparently have been known to cross their arms as well when that nerve is stimulated.

So, corpses can come if their sacral nerve is electrically stimulated, but only if they’re beating heart cadavers. There is no arching or moaning, but there might be arm-crossing. And now I’m going to go watch kitten videos to scrub my brain of that image.