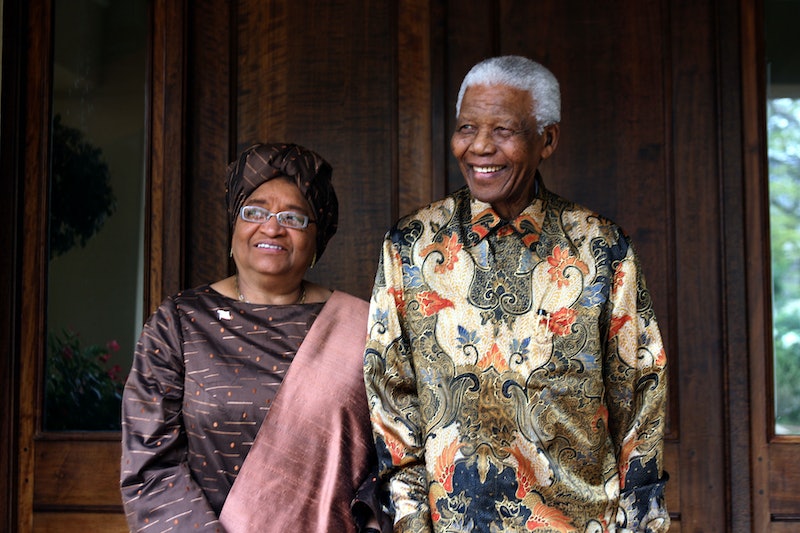 On Tuesday, his family and chief members of his clan gathered at his home in Qunu for an "urgent" meeting to discuss "delicate matters."

Asked whether the family is discussing letting Mandela go, his eldest daughter Makaziwe Mandela told The Sun that in African culture "you never release the person unless the person has told you please my children, my family release me. My dad hasn’t said that to us."

It will also be up to Mandela's children to decide whether he is well enough to meet with President Barack Obama during his upcoming visit to the country. The ailing Mandela reportedly "opened his eyes" and smiled when he was told about Obama's impending visit.

South African citizens have decorated the outside wall of the Pretoria hospital where Mandela currently resides with "get-well-soon" signs and messages of good will. It is a difficult time for South Africans, who still refer to their former President as Tata Mandala—Father Mandela.

More like this
Read Dan Levy's Heartbreaking Message After The Club Q Shooting
By Stephanie Topacio Long
What To Know About Martin Bashir After Watching 'The Crown'
By Bustle UK
Iran Has Issued A Death Sentence Over Mahsa Amini Protests
By Catharina Cheung, Darshita Goyal and Maxine Harrison
Proud Wife Zara Leads Royal Reactions To Mike Tindall’s 'I’m A Celeb' Stint
By Sophie McEvoy and Darshita Goyal
Get Even More From Bustle — Sign Up For The Newsletter