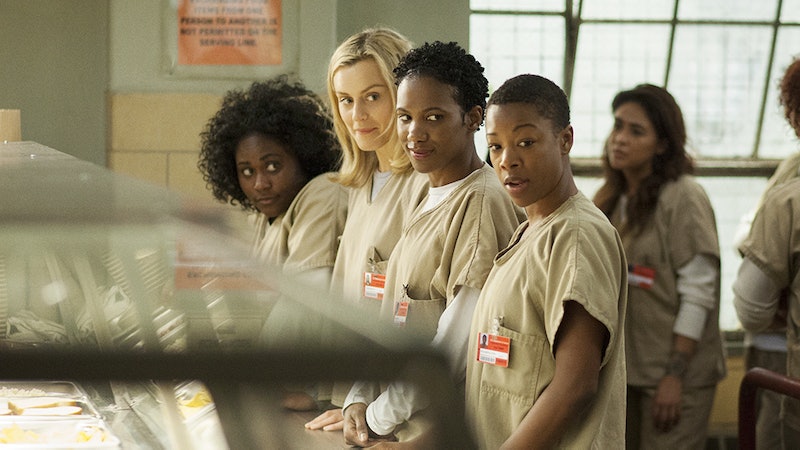 Guys, I'm calling it now — today is literally better than Christmas, because Netflix just gifted us with the most amazing present ever. I hope you're sitting down when you read this: Orange Is The New Black Season 3 just premiered a day early. In other words, the entire third season, which many of us have been waiting on for months, is finally up hours before it was supposed to premiere on Friday, June 12, and it's all available to marathon right now.

If you hear faint screeches in the distance, that is just me, having a breakdown over this news because I cannot handle how exciting it is.

The early release came with virtually no warning — up until Thursday, the release date of Orange Is The New Black Season 3 had still been reported as June 12. The OITNB team revealed the surprise news with a single message on their official Twitter account, which read, "Season 3 is out on early release! Spread the word, yo. #OITNB." I didn't know it was possible to feel this strongly about a message that includes less than 140 characters, but apparently, IT IS.

Guys. Dreams do come true. Now, if you'll excuse me, I'm going to go watch Season 3 for the next 14 hours, and cherish every SECOND of it.