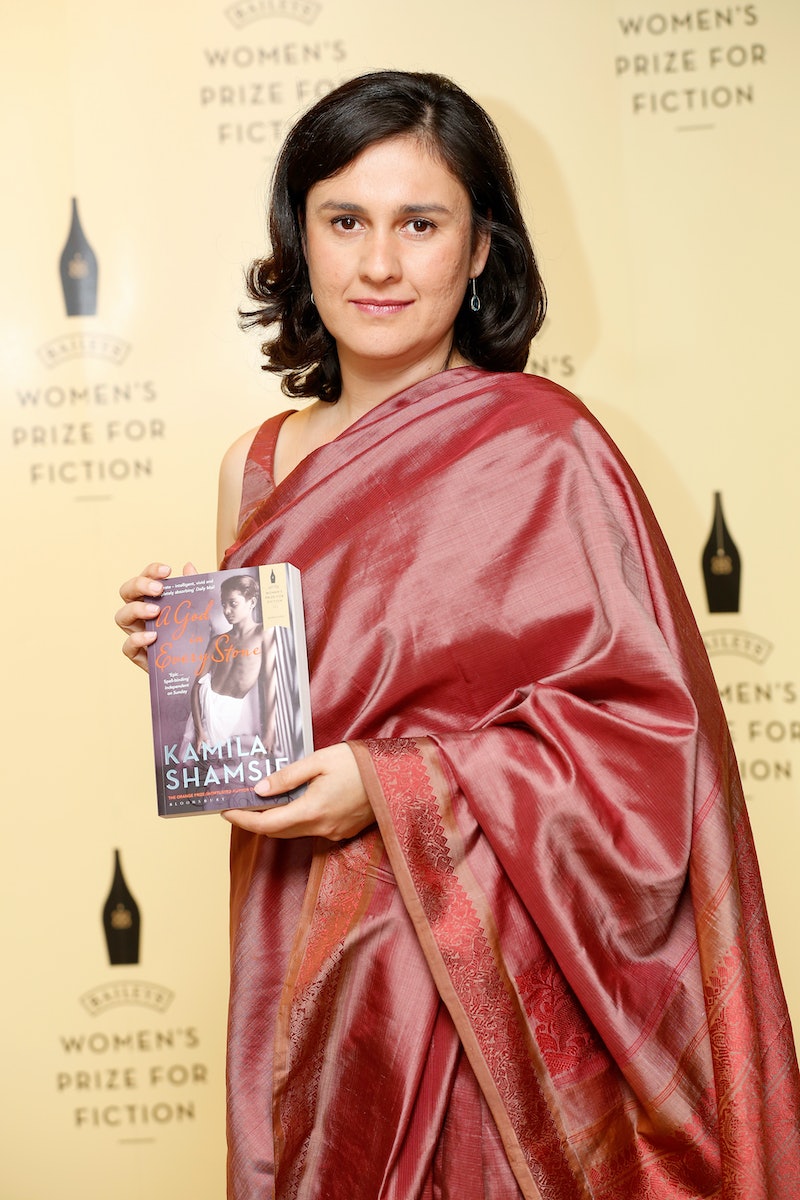 The first publishing house has signed on to Kamila Shamsie's Year of Publishing Women Challenge for 2018. Small literary press And Other Stories sources its titles by using its own network of readers, and according to its publisher Stefan Tobler — notably, a man — And Other Stories is committed to finding "really good women's writing" to publish exclusively during the course of 2018.

In an op-ed for The Guardian, Bailey's Women's Prize for Fiction finalist for 2015 Shamsie called out the major gender bias in fiction publishing. She pointed out that over the last five years, less than 40 percent of books submitted to the Booker Prize were written by women. In addition, the majority of award-winning novels across the board are written by men, and if they're written by women, they are more likely to feature a male protagonist than a female one. And then there's those pesky VIDA stats showing that male writers dominate review space.

"At this point, I’m going to assume that the only people who really doubt that there is a gender bias going on are those who stick with the idea that men are better writers and better critics,” Shamsie wrote. "Enough. Across the board, enough."

And Other Stories, like Shamsie, has taken these stats to heart and wants to be an agent of change in the industry.

The small press publishes between 10 and 12 titles per year. According to Tobler:

Senior editor of And Other Stories Sophie Lewis agrees:

By taking on the challenge we will expose our systems and the paths of recommendation and investigation that brings books to us, and we will end up becoming a kind of small-scale model for a much bigger inquiry about why women’s writing is consistently sidelined or secondary, the poor cousin rather than the equal of men’s writing.

In a sad state of affairs, Shamsie has said that while And Other Stories took her call seriously, many people have "assured" her that they understand she wasn't speaking literally, rather trying to open up a conversation. Which, um, yeah. Both men and women tried to mansplain to an acclaimed novelist what she "really" meant in her piece. According to Shamsie:

I didn’t know that myself (surely radicalism has to be the only way to take on such entrenched power structures) but was beginning to be convinced by everyone else’s conviction when And Other Stories (headed by a man it should be said) came along and said, "OK, we’re in."

A huge rock on to And Other Stories and here's hoping it pushes other publishers, big and small, to take Shamsie's challenge far more seriously.