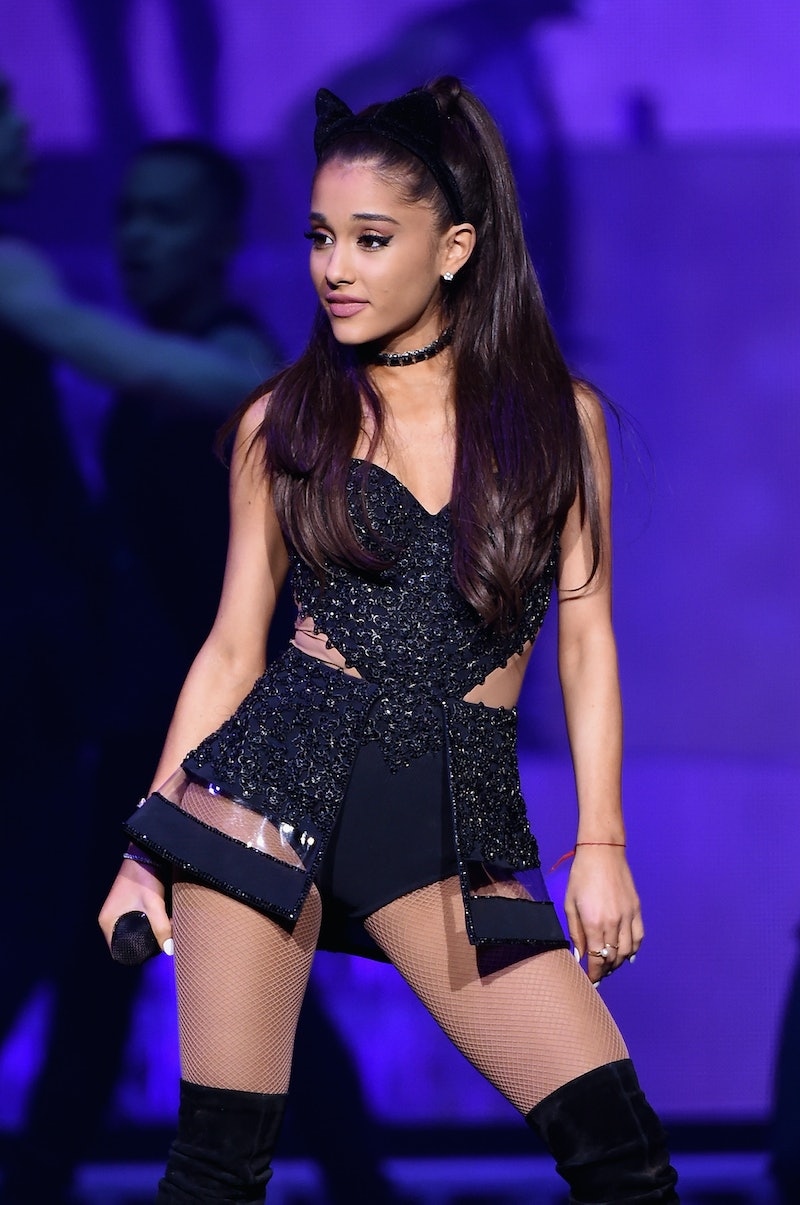 It's not uncommon for celebs to love their dogs more than their fans, their significant others, or their families. That unconditional pooch adoration also actually applies to regular people. Toulouse, one of Ariana Grande's beloved dogs, will model for Coach. Or so we think, according to an Instagram post where the caption suggested and/or revealed as much.

The pint-sized singer shared a photo of her fur baby and referred to him as a "Coach model," and noted that the best part was that she wasn't joking about making such a statement. Toulouse is a Beagle-Chihuahua mix that Grande adopted from a shelter and is named after a character in Disney's The Aristocats. He is clearly on his way, now that Coach has expressed interest.

Grande posted a photo of herself with what looks to be a (very cute) white Coach bag in her hand and expressing faux shock and awe, revealing that the company had indeed inquired about Toulouse's availability for a modeling gig. It begs two questions, though. What about Grande's other dogs? Will they get the call, as well? And what, exactly, will Toulouse be called upon to model, and in what capacity?

That all remains to be seen.

Grande is adorbs as usual in the pic in which she made her big reveal.

So is Toulouse. He's got blue steel.

Here's some other model-like stuff Toulouse can do.

Maybe this will pave the way for a Grande x Coach endorsement, too?

So what else can this pup do besides model for a luxe brand? How about a cameo in the Zoolander sequel? Zoolander x Toulander?!

A partnership of some sort with Karl Lagerfeld's cat Choupette? They could be a feline x canine power couple in the fashion world.

More like this
Ariana Grande Just Wore The Chunkiest Knit Sweater I've Ever Seen
By Dominique Norman
Jennifer Coolidge Slid Into Ariana Grande’s DMs In The Most Iconic Way
By El Hunt
Phoebe Dynevor Serves ‘Bridgerton’ Underboob In Stunning Floral Gown
By El Hunt
Picky Eater? Sensitive Stomach? This Vet Nutritionist-Designed Dog Food Has A Plan For That
By Maria Cassano
Get Even More From Bustle — Sign Up For The Newsletter
From hair trends to relationship advice, our daily newsletter has everything you need to sound like a person who’s on TikTok, even if you aren’t.