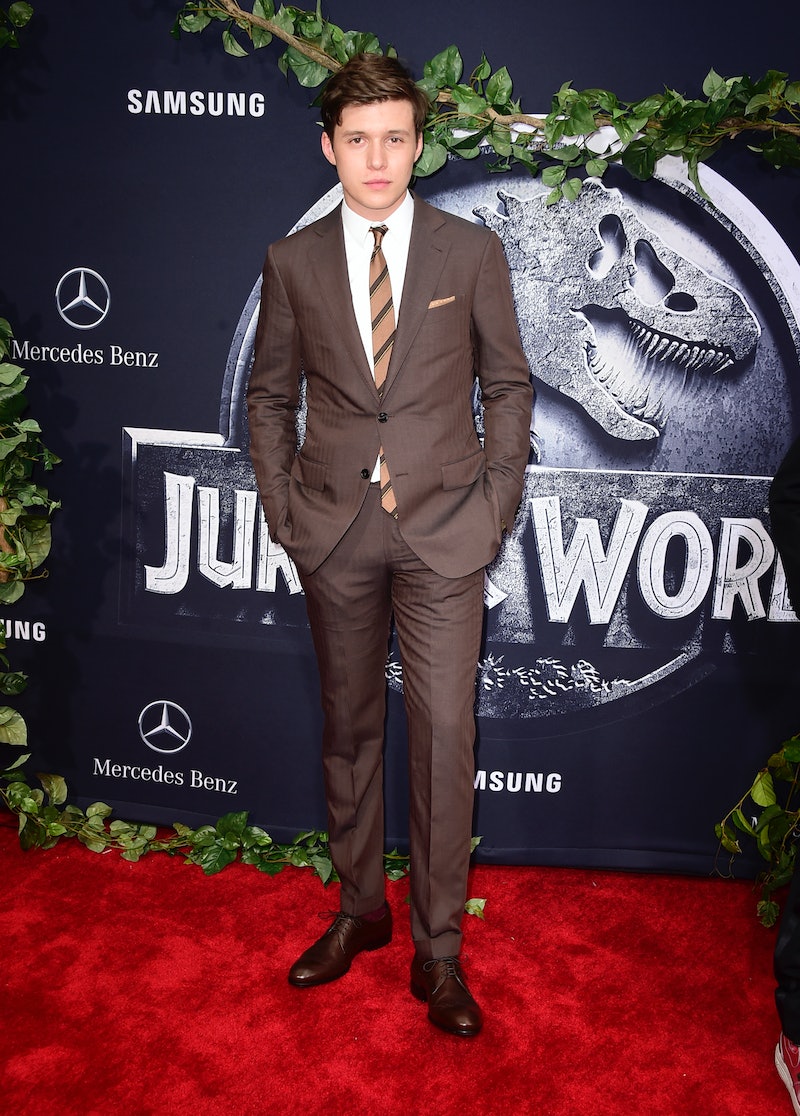 The time has come for Jurassic Park fans! Jurassic World has finally opened in theaters, and of course, fans everywhere are super excited to see what the new film has to offer. Much of the talk has been about the new cast members who are setting foot into a long-established franchise, so some fans might be wondering who plays the teenaged lead character, Zach, in the new movie. Jurassic World's Zach is played by Nick Robinson, who has already begun making a name for himself in the entertainment industry at only 20 years old.

Robinson is perhaps best known for his starring role in the critically acclaimed film The Kings of Summer. The movie centered on a 15-year-old boy, played by Robinson, who ran away from a difficult relationship with his widowed father to live with his best friends in the woods. It was obviously a very angsty role to take on, but his performance was highly praised by Sundance critics.

That was definitely not his first time on a set, though. The Seattle-born actor grew up doing community theater in his hometown before moving to Los Angeles at the age of 14 to begin a career with ABC Family, where he portrayed Melissa Joan Hart's nephew in the sitcom Melissa and Joey for three seasons.

It seems like Robinson had the unique opportunity to put his acting muscles to even harder work in Jurassic World, especially since this movie portrays such a fantastical narrative. As he told Screen Rant:

You are certainly allowed quite a bit of freedom, which is fun. You get free reign with your imagination and get to kind of connect the dots. It was challenging but at the same time it was also really fun to have free reign to do whatever you want, have this world come to life [in your head]. It was a double-edged sword, the most challenging and the most fun.

It sounds like Robinson really enjoyed playing the character, especially since he said in the same interview that he hopes to be involved with sequels if they end up happening. But regardless of whether there's a sequel in the future or not, you can definitely catch Robinson in his next upcoming film, The 5th Wave, if you find yourself a fan of him after Jurassic World. Check out his acting chops and see what you think! Things are looking promising.