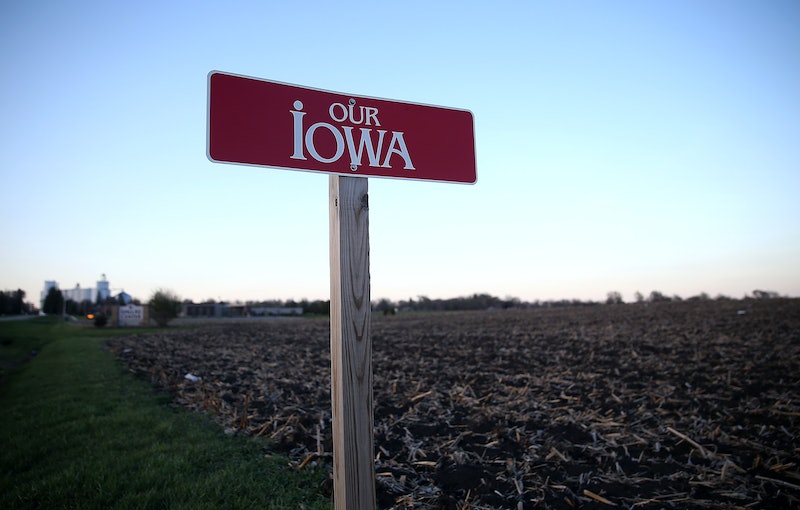 The typical Republican primary process underwent a bit of a change on Friday, and a longstanding Iowa ritual has gone by the wayside. After multiple candidates decided not to participate, organizers have made it official — the 2015 Iowa Straw Poll is dead, and in all honesty, it should be.

The poll has a long history, if nothing else, dating back a whopping 36 years. But the bottom sort of fell out for this coming election cycle, with a number of candidates — including presumptive contender Jeb Bush and the currently rising Marco Rubio — declining to participate. The reasons are pretty understandable, frankly. With a field this crowded, a slew of candidates would assuredly turn in disappointing performances, fueling perceptions that they lacked standing and viability.

And that would be a very costly impression for any campaign to allow, especially considering the limited value of winning. Historically, the Iowa straw poll is a very poor predictor of who'll win the Iowa caucus, which looms large as the first primary contest in the nation. As The New York Times noted, Iowa Republican Party chairman Jeff Kaufmann released a statement explaining the decision, acknowledging that candidate participation simply wasn't there to justify holding the event.

I’ve said since December that we would only hold a straw poll if the candidates wanted one, and this year that is just not the case. This step, while extremely distasteful for those of us who love the straw poll, is necessary to strengthen our first-in-the-nation status and ensure our future nominee has the best chance possible to take back the White House in 2016.

For some perspective, the last time the Iowa straw poll successfully predicted the winner of the Iowa caucus was in 1999, when then-Texas governor George W. Bush took home top honors. Obviously, he also won the White House, which marked the only time in the poll's history that it successfully tabbed a general election winner. In 2011, Michele Bachmann won the poll before sputtering out completely in the Iowa caucus, dropping out of the race after an anemic sixth-place finish.

As the Des Moines Register points out, it's not as though this is the first time GOP politicos have questioned the wisdom of the Iowa straw poll. In the aftermath of the 2012 presidential race, the state's Republican governor Terry Branstad remarked that the poll may have "outlived its usefulness," and last year he suggested that it risked undermining the state's first-in-the-nation caucus, as detailed by the AP.

I believe that a number of candidates have chosen not to participate because they don't think it's necessarily representative. The most important thing is to keep the Iowa precinct caucuses first in the nation and the first real test of strength of candidates.

In short, this is good news for the Iowa Republican Party — you don't want to undermine your own credibility with a frivolous, poorly attended event, after all — and it's probably cause to cheer for the national party, too. As evidenced in March when freshly minted Scott Walker strategist Liz Mair resigned over a couple tweets challenging Iowa's "frontrunner status," the state already has an outsized amount of influence, and the straw poll's cancellation will at least limit that sway to an actual, meaningful primary event.