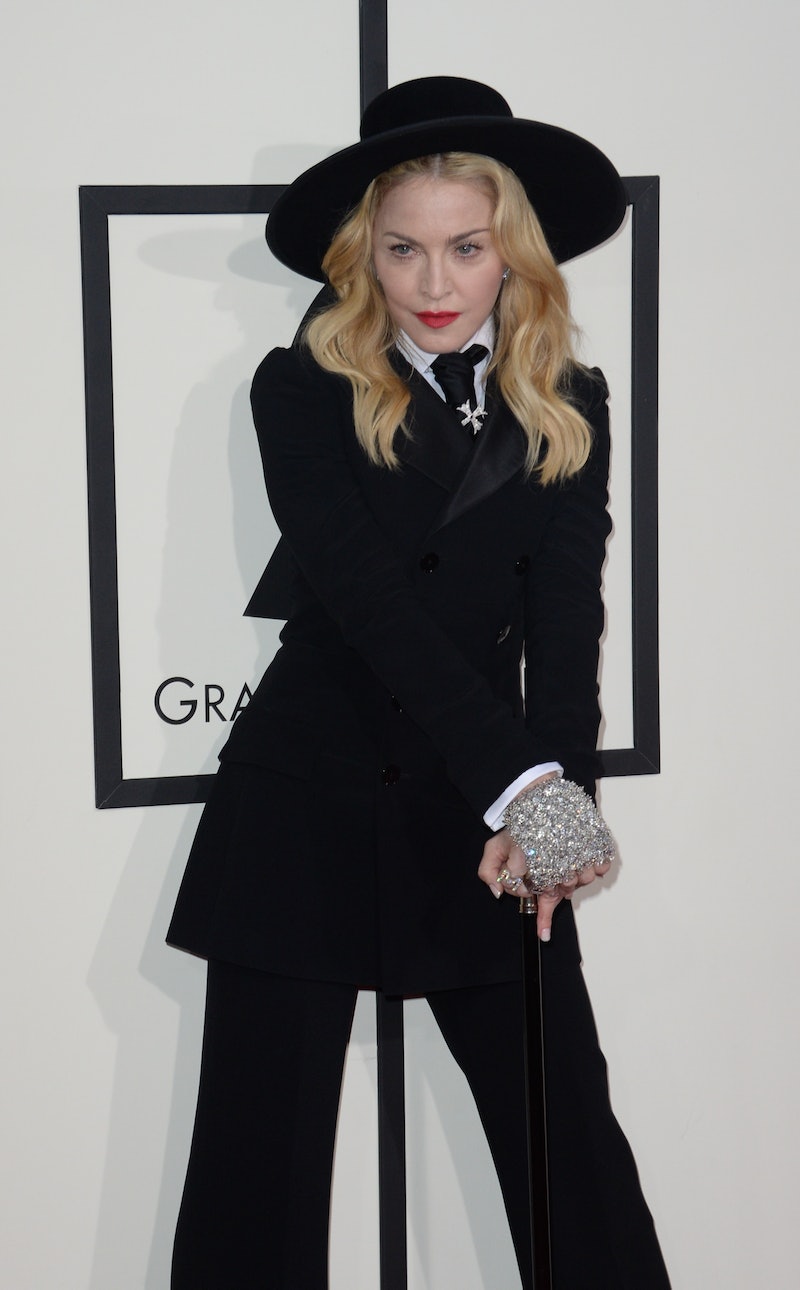 It seems that with her upcoming music video, this legendary singer is embracing the spirit of her new album, Rebel Heart. In a new post on her Instagram, Madonna teased her upcoming "Bitch I'm Madonna" music video, and, though it's a disappointingly short clip, it does give fans a bit of an idea of what to expect from the full-length visual. (Don't forget — she's already teased that it will feature “many surprise guests!”)

Since there's still a few days until Madonna is set to drop the video (it's slated for June 16), let's take a close look at the teaser, shall we? A tiny version of the song, "Bitch I'm Madonna," plays in the background as the camera pans over a couple different shots of what looks like the remnants of one amazing party. (Where was my invite, Madonna?) Highlights include a raft shaped like a slice of pepperoni pizza, a bubbling hot tub, and a flickering neon light. At the very end, the clip cuts to what looks like a person dancing with a mop.

This all fits in with the party-hard vibe of Madonna's song. It's peppered with lyrics like "We're jumping in the pool and swimming with our clothes on/ I poured a beer into my shoe and got my freak on/ The neighbor's pissed and says he's gonna call the Five-O/ If they show up then we are gonna give a good show."

It doesn't sound like any rager I've ever been to, but as the singer is quick to remind her listeners: "Bitch, I'm Madonna."

As for those surprise guests, it would totally make sense if they were fellow party-goers. There's no doubt that Madonna's squad knows how to have a good time — especially considering that Nicki Minaj has a rap verse on "Bitch I'm Madonna," and Diplo is featured on the track.

Speaking on Minaj, I'm also kind of getting "Beauty and a Beat" vibes from the teaser. As you may remember, Justin Bieber's 2012 video for the song featured the rapper and also included a pretty epic bash. Knowing Madonna, she's going to put her own fierce spin on the concept.

The good news is that we won't have to wait long to see the final product. The "Bitch I'm Madonna" video drops on Tuesday, June 16. In the meantime, you can check out the teaser above, and rock out to the full song in the audio below!