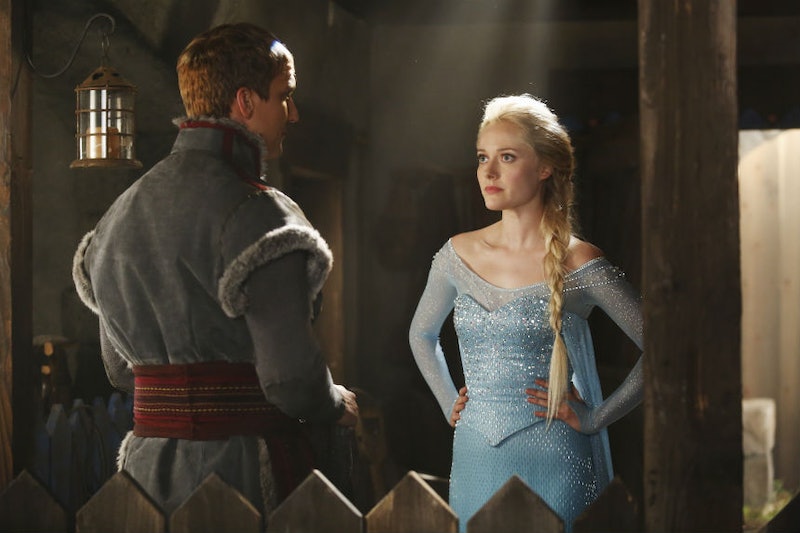 On Once Upon A Time , characters come and go quicker than you can say "happy ending". Over the past four seasons, we've met plenty of familiar faces from our favorite fairy tales (how's that alliteration?), only for them to fade away from Storybrooke life without much more of a trace. It makes sense, of course — there's only room for so many heroes, and the core group of stars is perfect as is. However, sometimes I can't help but think of the minor characters that have come and gone, some entirely and others just absorbed into the background until the day they might be needed again, and wish we could get some real time with them again, even if only temporarily.

The richness of Once life is only increased by all these supporting players, and it's fun to get a glimpse into the past of someone new, wherever they came from — the Enchanted Forest, Neverland, Wonderland... the options are pretty endless. And while our weekly episodes are limited in how much they can delve into characters that aren't central to what's going on at any given moment, it doesn't mean I can't think back on some of the minor characters that were great while they were around.

If there's one thing magic can't do, it's bring people back from the dead — at least in any way that'd be worth having. Neal sacrificed himself so that everyone could survive that SECOND curse that Zelena tried setting off, and it was pretty sad, but it means we'll likely never see him again. We miss you, Bae.

Ruby, played by Megan Ory, seemed like she was set to be part of the main cast for a while there during the first couple of seasons. We learned a little bit about her past, she was working at Granny's diner so we saw her every day, and everything was great... and then she just sorta faded into the background. Does she still work at Granny's? I assume so, but I have to admit, I haven't really noticed lately. Doesn't that make you sad?

Mulan, we barely knew ye before we had to say goodbye. She was helping Phillip wake Aurora from a sleeping curse, and then helping Aurora when Phillip seemed to be gone for good, but in the end their story of true love worked out and Mulan was left with an unrequited crush and not much of a storyline. She's back in the Enchanted Forest, so unless another portal opens up allowing travel in either direction, it's unlikely that we'll get to see her again.

Graham AKA The Huntsman

To be honest, Graham never really stood a chance. The Evil Queen had his heart (and that's not all) and then he pretty much double-crossed her, which NO ONE ever survived. Graham had his heart crushed into dust for standing up to her and for daring to go near Emma, so unfortunately, we had to say goodbye.

Sidney Glass AKA The Genie/The Mirror

Sidney isn't really needed anymore, considering he was just Regina's puppet in her Evil Queen days, but I sorta miss him (and... sorta miss the Evil Queen, but only in the flashback sense). He was so sly and underhanded — and yeah, tortured, I guess — and just seeing him reminds me of the good old days.

Ashley is still around Storybrooke somewhere, likely with a toddler on her hands and a husband who works too much. She was always a bit on the periphery rather than center stage, but whatever happened to her friendship with Ruby and Mary Margaret? I know everyone has their memories back, but they still remember their Storybrooke selves, so.... what the hell? Then again, Cinderella was never all that interesting to me, so maybe we should just let her get on with her life.

Whale's still around, working at the hospital and being a general weirdo (he totally is, right?), and frankly, I don't even really miss him that much. He pops up if someone gets hurt, but in general he keeps himself to himself, and it's probably better that way.