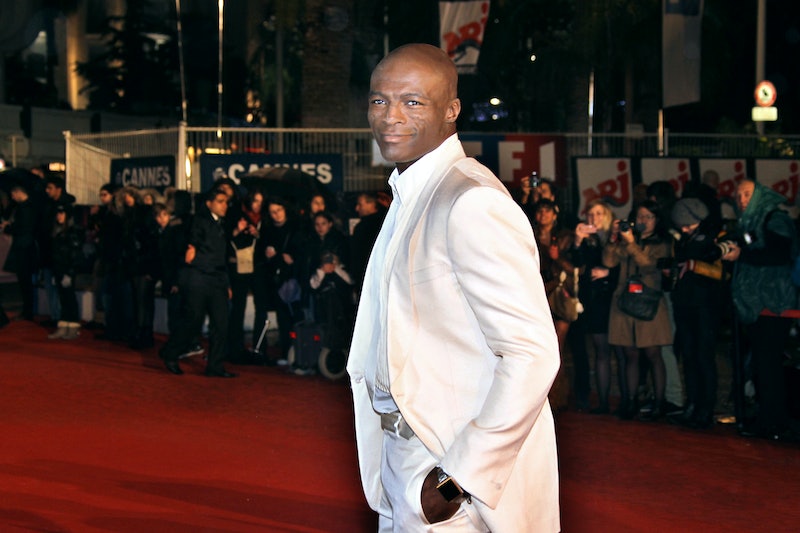 Confession time: When I was 12, I thought that Seal's "Kiss From A Rose" was the most romantic song ever made. I totally wore out my mom's Batman Forever soundtrack CD due to my obsession with the track. As Batman Forever celebrates its 20-year anniversary, I think that "Kiss From A Rose" is still one of the greatest songs to ever grace a movie soundtrack. I mean, the 1995 Batman film itself is pretty awesome, too — I was always disappointed that Val Kilmer only had one go-around as the caped crusader and I thought the villains were pretty cool, too. The soundtrack and "Kiss From A Rose," though, still stand the test of 20 years.

I'm not alone in my love for the song. The track topped the Billboard charts in 1995. In 1996, "Kiss From A Rose" won the Grammys for Song of the Year, Record of the Year, and Best Male Pop Vocal Performance. Director Joel Schumacher also loved the song, which was originally released in 1994 in the UK, where it didn't do too well. Schumacher had the tune play over the end credits of Batman Forever and included it on the soundtrack, which propelled the song to the top of the charts.

Awesome, right? Here are more reasons that "Kiss From A Rose" is still the greatest soundtrack song.

It's a song so awesome that it needed two music videos. Sure, most folks have seen the Batman-inspired music video, but there's also one that was produced before the song was included in Batman Forever.

My power, my pleasure, my pain, babyTo me you're like a growing addiction that I can't deny.Won't you tell me is that healthy, baby?

3. The Song Inspired So Many Covers

Seal approaches the track with such passion that it's no wonder that "Kiss From a Rose" is often covered and performed at karaoke. Check out this beautiful one by John Williams.

4. It Actually Has Batman-Related Lyrics

There used to be a graying tower alone on the sea.

You became the light on the dark side of me.Love remained a drug that's the high and not the pill.But did you know,That when it snows,My eyes become large andThe light that you shine can be seen.

That light totally sounds like a bat signal reference, right? Back when I was 12, I actually thought the song was written for the Batman movie, so I thought it was so cool that the lyrics had a caped crusader reference. Now knowing that Seal wrote it on his own, I think it's fate that Schmacher liked the song enough to include it on the Batman Forever soundtrack.

5. TV Characters Love The Song, Too

From Shameless to Community (above), our favorite characters on TV still reference the song. On Shameless, Jody likes to have sex to the song. Dee on It's Always Sunny in Philadelphia plays the song when she's getting ready to meet a solider she had been chatting with online. Booth and Bones on Bones danced to the song and on Community, Dean makes Jeff Winger belt it out with him at karaoke.

6. Just Listen To It

It's the best song. Enjoy — and then try not to sing along. Impossible.