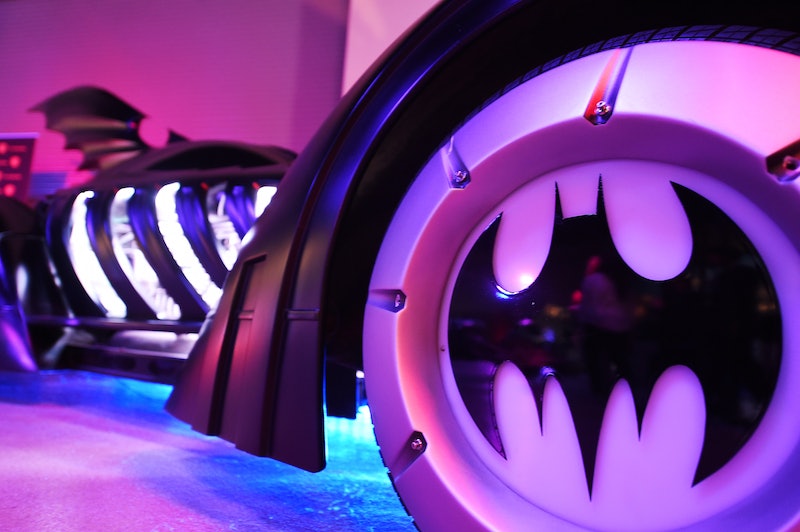 During my childhood, I remember the Batman movies being the most exciting movies to come out of the '90s. Seems like not too much has change since then, eh? Well, Batman Forever remains one of my favorites, mostly because it's has the most ridiculous moments of all the Batman movies. Released in 1995 and celebrating its 20th anniversary this year, I know not a lot of people love Batman Forever. But it's campy, it's fun, it's got corny jokes, and it's kind of romantic, especially as compared to the super serious, Oscar-nominated The Dark Knight trilogy by Christopher Nolan.

Back in 1995, Batman Forever director Joel Schumacher took on the reigns of the caped crusader movies from Tim Burton. "Because of [Burton's] Batman Returns, families had objected that it was too adult, which is no criticism of Tim Burton’s," he told Variety last year. Even though Batman Forever is really sexy, it was a movie the whole family could see." Wow, I wonder how the '90s would feel about Christian Bale and Nolan's Batman movies. In Batman Forever, Val Kilmer's Bruce Wayne/Batman is joined by love interest Dr. Chase Meridian (Nicole Kidman), and villains the Riddler (Jim Carrey) and Two-Face (Tommy Lee Jones).

"Batman Forever was total passion," he told Variety. "My bosses let me change Batman. It has a great cast and everyone did a great job. It was fun to create a Batman movie."

Here are some of the most ridiculous and fun moments from Schumacher's creation.

Because nothing should be left to the imagination in that bat suit. This is also the movie that introduced the bat "nipples."

At least he was being honest.

3. Jim Carrey Is In A Batman Movie

This isn't one moment, but so many. I still can't believe Ace Ventura-era Carrey is in a Batman movie. Imagine him going toe-to-toe with Bale's Batman. That would be no contest, right?

Only tough guys beat the stains out of their clothes. I'm guessing that this scene was supposed to show that Dick was always meant to be sidekick Robin.

5. The Riddler Destroys The Bat Cave Using Toys & a The Mask Impression

In what is clearly left over moves from his hit movie The Mask, Carrey's Riddler throws out toy bombs and makes all kinds of '90s era Carrey body moves that are accompanied by sound effects, bad puns, and explosions. The only thing he doesn't do is talk out of his butt.

In Batman Begins, Nolan and Bale show Bruce Wayne's parents' murder and how it affects our superhero. In Batman Forever, Bruce falls down a hole (literally) at his parents wake and sees a bat. He tells that story so he can make out with Chase, basically.