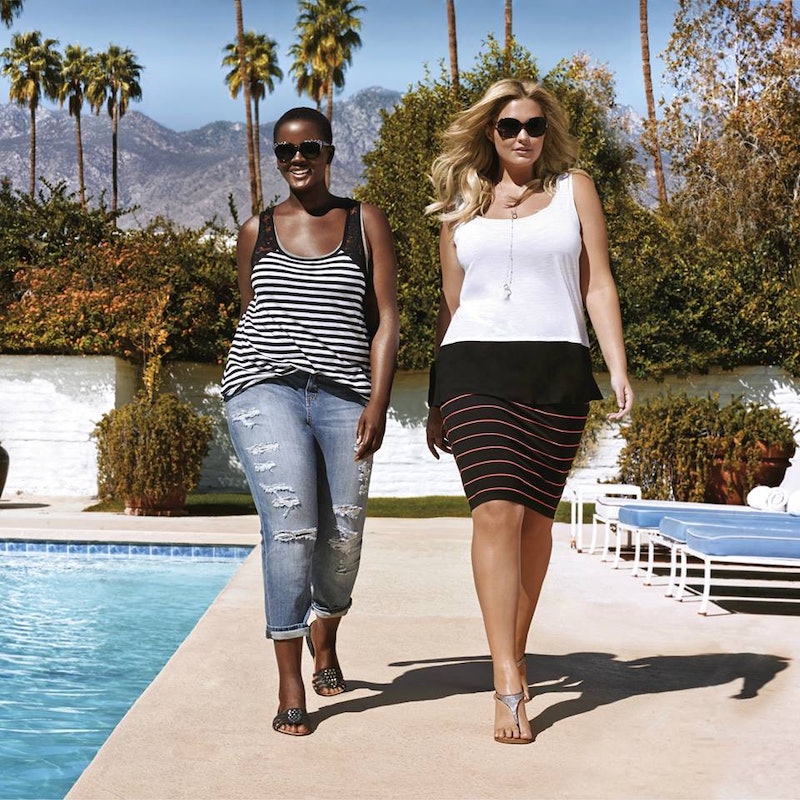 Some exciting news for aspiring plus size models has surfaced this week: The plus size brand Torrid (which recently featured Tess Holliday in its spring lookbook and is set to collaborate with actress Rebel Wilson for a fashion collection) has begun looking for its newest face and brand ambassador. Casting for the "Face of Torrid 2016" has already begun with online applications at Torrid.com/modelsearch and will continue throughout the summer with five live casting events around the U.S.

"Every day our girls ask how they can become a Torrid model. Now each one has the opportunity. We want to turn the camera on her to tell us her story, and why she would love to be a Torrid model. It’s our way of celebrating and showcasing our fan base. We’re very excited about launching this search to find the Face of Torrid 2016.”

The winner of this search will receive the title "Face of Torrid 2016" complete with a Torrid modeling contract and a new wardrobe. She'll also be joining the likes of Georgina Burke and Philomena Kwao as brand ambassadors.

But the prize of getting involved in this opportunity isn't just the reward of becoming a model. Contestants will have a chance to be a part of a company that embraces body diversity and body positivity, thus being introduced to facets of a movement that they may not have been exposed to previously.

After the casting events and open applications are received, four finalists will be chosen and flown to L.A. to compete in the last round of the competition at Torrid's headquarters. The winner will be announced in January 2016.

The live casting events will be held on the following dates: July 25 at Mall of America in Minneapolis, August 1 at Yorktown Center in Chicago, August 8 at North East Mall in Dallas, August 15 at King of Prussia Mall in Philadelphia, and August 22 at Glendale Galleria in Los Angeles.