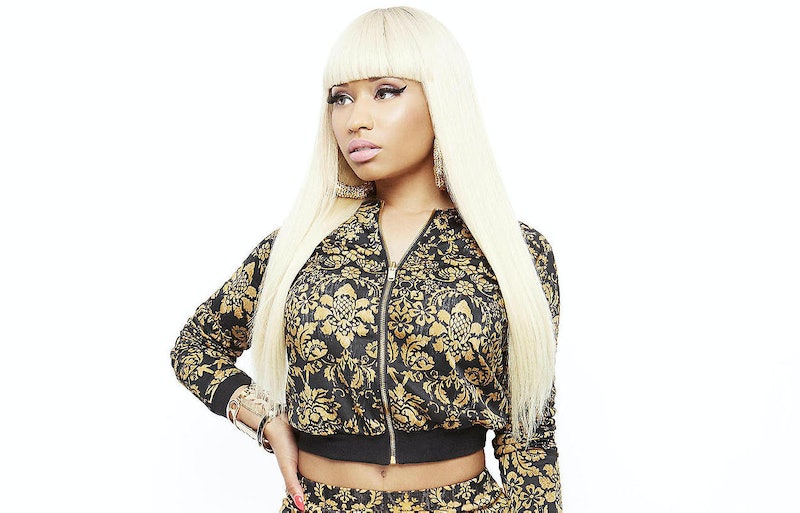 I remember when I purchased my first pair of jeans from Glow by J. Lo at Macy's when I was still in elementary school — I felt so cool, almost like J. Lo was living on my body because I was wearing jeans that she herself designed (well, supposedly anyway). But 10 years later, it seems that celebrity clothing lines are a dime a dozen, with everyone (and Snooki) having their own brand of garments. Now being older, I'm of course more skeptical of celebrities who hawk clothing, and am aware that in most cases, they aren't actually the ones designing the clothes.

But even though celebrity clothing lines are often (arguably) just cheap advertising, many of them are actually filled with to-die-for items that are made with high quality in mind. There are plenty of celebrities who have also transformed themselves into legit fashion designers and have made their labels their lives. Take Victoria Beckham; she went from Spice Girl to fashion maven in a decade, thanks to the launch of her clothing line featuring both her name and likeness. Besides Beckham, there are many other celebrities who have amazing clothing lines, filled with fashion that you'll actually want to wear.

To help you navigate the sometimes treacherous territory of celebrity clothing lines, here are nine that you'll actually love.

Paper Crown is the creation of Lauren Conrad, most famous for being a central figure on The Hills back in the '00s. Conrad has created a legit career for herself in fashion, starting with her internship at Teen Vogue that was documented on her popular reality show. Now she's written eight books and has created two successful clothing lines, Paper Crown and LC Lauren Conrad sold at Kohl's.

The Row is designed by the Olsen twins, who transformed themselves from child actresses to high-end fashion designers. Mary Kate and Ashley Olsen have a fashion empire that includes the clothing lines Elizabeth & James, Olsenboye, and The Row. They've also taken a backseat in terms of the spotlight and you can tell from the Olsens' personal aesthetic and passion that they actually design the clothes from their lines.

They've also received recondition by fashion industry gurus for their work, as they were nominated for the Council of Fashion Designers of America Awards (CFDAs) Womenswear Designer of the Year and Accessory Designer of the Year awards. So if you had any doubt in your mind about the Olsen twins, they've now got major street cred.

Gwen Stefani is known for her kooky, outrageous fashion and if you want to bring her swag into your wardrobe, you can do that by purchasing pieces from her line L.A.M.B. Although Stefani has had a very successful career in music, she's arguably more well known for her style and sartorial success these days.

Her line has been featured on the runway of New York Fashion Week, which doesn't give a spot to just any old celebrity designer. I am really impressed by Stefani's commercial success, especially considering she's managed to keep the brand alive and thriving for more than 10 years.

Nicole Richie is best known for her antics with Paris Hilton on their former reality show The Simple Life, but in recent years she has carved out a successful second career for herself in fashion. Richie owns House of Harlow 1960 as well as The Nicole Richie Collection for QVC, which both feature very stylish, Bohemian inspired clothing based on Richie's personal style.

Jessica Simpson has also undergone a career metamorphosis from singer to fashion designer. The Jessica Simpson Collection may seem like just another average celebrity attempt at clothing design, but it has racked over $1 billion in retail sales. The line encompasses over 30 categories, from shoes to sunglasses to jewelry. Since Simpson outsells even some of the most couture designers, her fashion success is nothing to sneer at.

Nicki Minaj released her collection for Kmart in 2013 and although it's received mixed reviews critically, I think the line really embodies Minaj's style. The clothing in the collection is very wearable and is sure to turn heads, as it did for this writer who wore the Nicki Minaj Collection for a sartorial experiment in real life. Since the line is sold at Kmart, all of the items are marked at an affordable price point, so all of us can feel and look like Minaj for a fraction of the cost of her wardrobe.

The Kardashians are best known for their reality TV show Keeping Up With the Kardashians, but Kourtney, Khloé, and Kim's second claim to fame is their fashion sense. Beyond their personal fashion antics being documented by the media at all times, their clothing line The Kardashian Kollection has helped to launch their careers as designers. While it's unclear exactly how involved the Kardashian sisters are in designing their collection, there is no question that the clothes are very chic.

Guys, I know probably none of us can afford this dress but isn't it like a work of art? I realize I mentioned Victoria Beckham's chic fashion line in the introduction of this article, and now you can see why she's had such a successful career in the fashion industry.

J. Lo was another celeb I made a reference to in the beginning of this article, but in not such a flattering way. Well, it turns out her second attempt at a fashion collection far exceeds her first, as her recent Kohl's line is very affordable and fashion forward. The Jennifer Lopez Collection is clearly inspired by J. Lo's life and personal style and you can see from the way she models the clothes for Kohl's that she really loves the creations.

Plus, unlike many other celebrities with clothing lines, she actually wears hers in her everyday life.