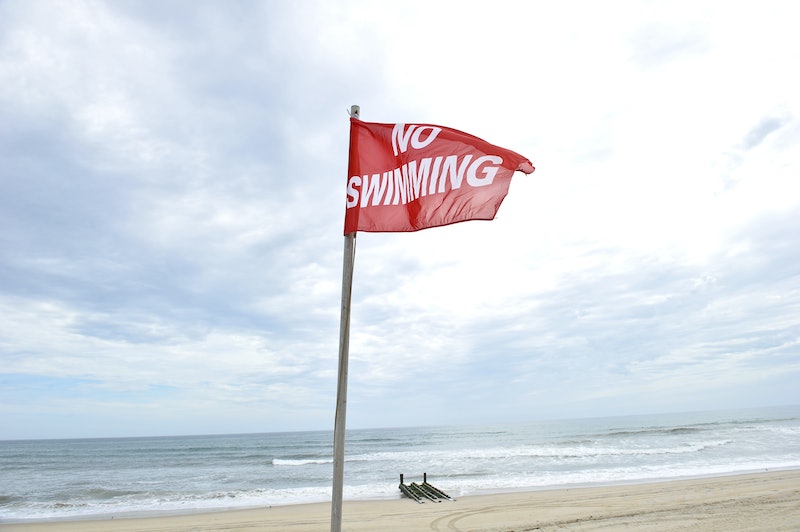 A popular vacation spot in North Carolina was rocked by two separate shark attacks on Sunday that left two youths severely injured. The attacks occurred less than two hours apart and within two miles of each other near the popular tourist destination Oak Island. Those troubling details are now leaving many wondering why the beach wasn't closed after the first attack, and if closing the beach could have possibly prevented the second teenager from being severely injured.

The first attack, which occurred shortly after 4 p.m., left a 12-year-old girl seriously wounded, hospital officials said. She lost part of her left arm below her elbow, and had significant damage to one of her legs. The second attack reportedly occurred around 5:30 p.m. The victim in the second incident, a 16-year-old boy, had his arm amputated below the shoulder, hospital officials said.

The identities of the victims have not been released. The AP reported on Monday that both youths were in fair condition following surgery, and were recovering in a local area hospital.

Wallace added to the AP that workers kept the beach open Sunday afternoon because the two-hour time frame did not provide them with enough time to close the beach and keep beachgoers from entering the water. She also said it's unclear if closing the beach would have prevented the second attack, which occurred about two miles down the shoreline.

The Oak Island beach will be open on Monday, with helicopters patrolling the waters. However, Oak Island's town manager Tim Holloman said at a Sunday evening press conference that Oak Island beachgoers would be encouraged to stay out of the waters on Monday.

"Oak Island is still a safe place," Holloman said, via NBC News. "This is highly unusual."

"One of the things we hope we never have to hear from a beach community; the shark bite victim is a teenage girl," Wallace said Sunday in a Facebook post confirming the first attack. "Please keep this girl and her family in your prayers."

This is the third shark attack to occur in North Carolina's Brunswick County over the last week. A 13-year-old girl suffered minor injuries in a shark attack last Thursday. The girl was boogie-boarding off the coast of Ocean Isle Beach, North Carolina, when she was bit by the shark. Fortunately, she only endured lacerations on her foot.