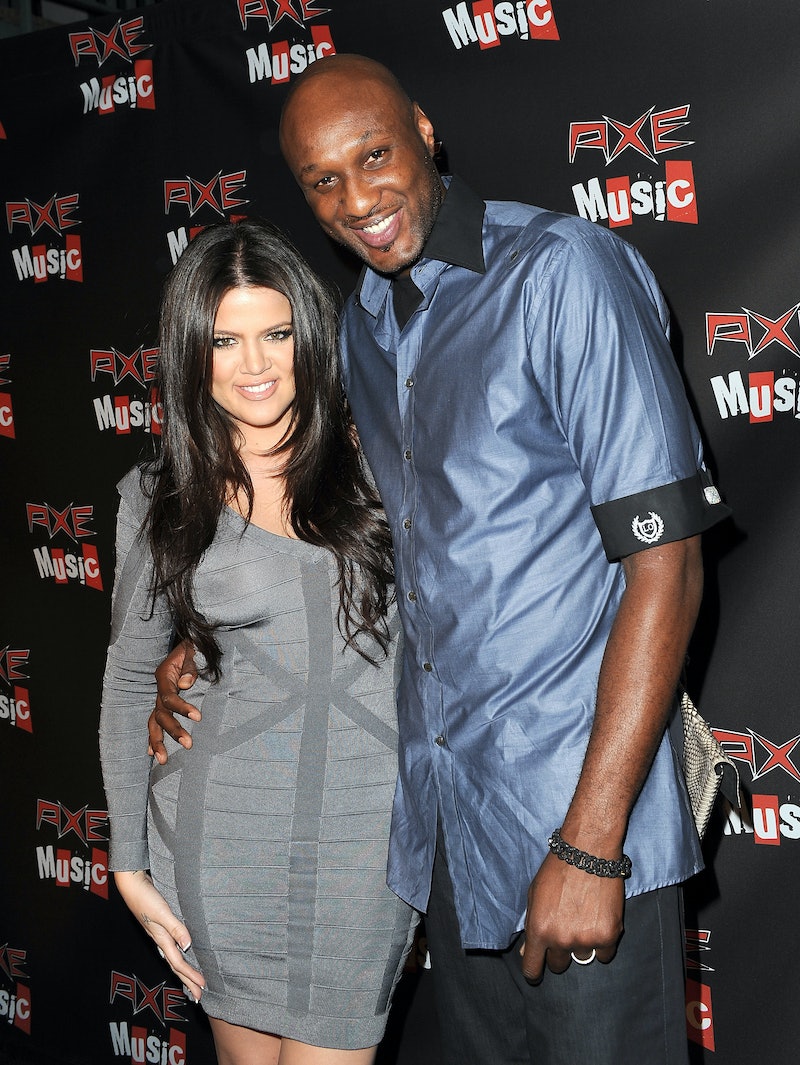 They might be in the middle of a possible reunion, but over the weekend, Khloe Kardashian and Lamar Odom got some pretty bad news: Lamar's best friend, Jamie Sangouthai, passed away on Sunday. If you're a Kardashians fan and watched the couple's short-lived spinoff about their married life, Khloe & Lamar, you've probably seen Sangouthai before. Not only did he regularly appear on the show, but he was also one of the best men in their wedding, and the couple has often documented their friendship with him on social media. He was 37.

(Update, June 18: Us Weekly reports that they spoke with Assistant Chief of the L.A. County Coroner's Office Ed Winter. According to Us, "Sangouthai died as a result of the bacterial skin infection necrotizing fasciitis. IV drug abuse was also cited in the autopsy report as a contributing factor in his death, which has been ruled an accident.")

No official cause of death has been confirmed, but according to TMZ, authorities believe Sangouthai allegedly died of a heroin overdose. TMZ reports that police say that a 911 call was allegedly made on Sunday that landed Sangouthai in the hospital in Los Angeles. A source who spoke with Us Weekly claims Sangouthai died of a drug overdose, as well. So far, no other information has been released, including the identity of the person who reportedly called 911.

Of course, Khloe and Lamar are both heartbroken after finding out what happened, and Khloe — along with close friend and frequent Keeping Up With the Kardashians guest star Malika Haqq — turned to Twitter and Instagram to pay tribute to their friend.

Sangouthai wasn't just close to Lamar when he was an adult. According to E!, he was Lamar's best friend since high school and they remained close growing up. Obviously, this is a difficult time not only for Khloe and Lamar, but any other friends and family of Sangouthai. Hopefully, more information about his death will be released soon so they can get the closure they need.

More like this
Justin Timberlake’s ‘Candy’ Character Really Investigated Betty Gore’s Killing
By Brad Witter
IRL ‘Staircase’ Characters Todd & Clay Peterson Still Think Their Dad Is Innocent
By Gretchen Smail and Rebecca Patton
Don Crowder Successfully Defended Candy Montgomery, But His Story Ended In Tragedy
By Gretchen Smail
All The Theories About Kathleen Peterson’s Death
By Morgan Leigh Davies
Get Even More From Bustle — Sign Up For The Newsletter