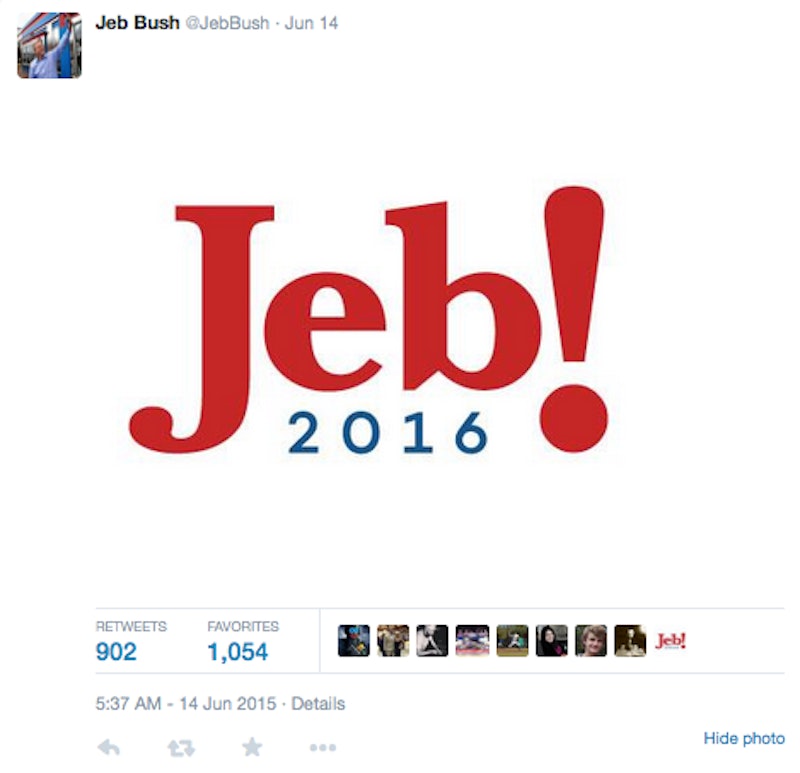 It's safe to say that someone is excited (!) for his presidential campaign. On Sunday morning, Jeb Bush tweeted his 2016 campaign logo, a design with red lettering that enthusiastically reads "Jeb!" — a symbol that many have pointed out omits a certain important piece of information, his last name. On Sunday, the 62-year-old former Florida governor released a three-minute campaign video, "Making a Difference," on his official YouTube page, and it focuses on his work in Florida, like his projects in education improvement and his work combating domestic violence. He declares, "My core beliefs start with the premise that the most vulnerable in our society should be in the front of the line, not the back." At the end, his new logo flashed across the screen. Bush has also updated his Facebook page to include the logo. Not expected to make his official announcement for his 2016 Republican party nominee until Monday, it seems Bush was too excited to wait. His logo, however, was not quite met with the same apparent enthusiasm. Much like playgrounds of middle school, the the Internet is a harsh place. Twitter and social media websites quickly poked fun at his logo. Here are some of the best responses to Bush's new logo: