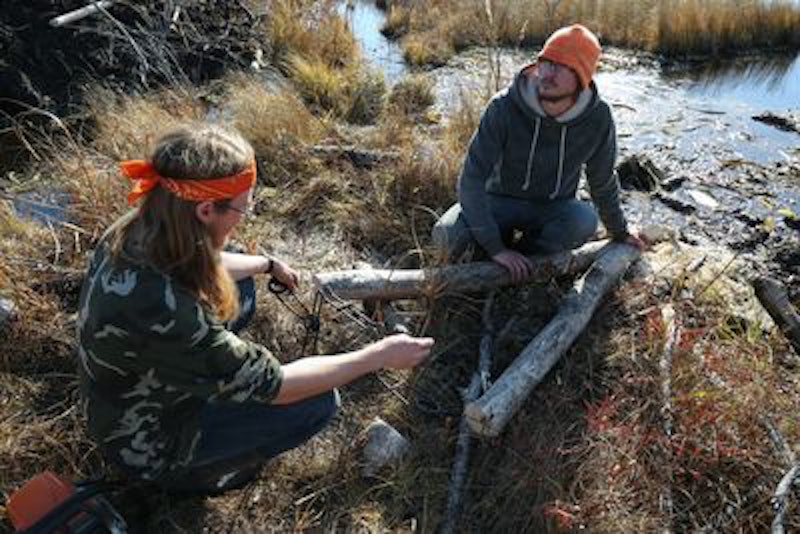 And now our watch has ended. Well, our Game of Thrones watch anyhow, since the season has come it its violent, cliffhanger-y ending. Already missing that family drama? Just cannot get enough snow and ice on your TV screen? Allow me to direct your attention to the Discovery Channel's Sons of Winter . I know, a reality series isn't exactly the prestigious drama you may have been looking for, but hang in there, because this show has been an interesting summer watch, to say the least. All you have to do is take a hard look at the meaning of Sons of Winter to get an idea of the icy-drama we've seen throughout its first season.

The show centers around the Barks family, and if you want to get a feel for what they are like, just picture the Cleavers from Leave It To Beaver, and then imagine the exact opposite of that. The Barks live way, way off the grid, maintaining a total pioneer lifestyle (no phones, Facebook, or modern comforts) in northern Saskatchewan, Canada — a place so cold it makes a trip to The Wall seem like a tropical vacation. They make money by trapping wild animals that everyone in their right mind should stay away from, like bears, wolves, and lynx, and selling their furs. The show also has a distinct focus on two of the Barks sons, Dale and Shane, as they go through the ultimate, super old-school, family rite of passage: leave everyone behind, ditch the comforts of home (such as they are), and strike out on your own with only the basic survival tools.

Does this seem like Survivor taken to the next level? Yes it does. Is there a little concern that the nearest hospital is two days away and someone could get hurt? Um, yeah that seems like a problem. Am I super jealous of the family's awesome pet lynx? For sure. But Dale and Shane's journey has been compelling to watch, and seems to be the inspiration for the show's name.

We have Dale and Shane (the two literal sons) alone into the wilderness, trying to survive the unforgiving terrain that raised them (the winter, see what they did there?). Once they make it though, they'll officially be considered men in their family. If there's a Season 2 maybe it will be called Men of Winter? Only time will tell. In the meantime we have the appropriate name Son's of Winter, and one more episode of some very fine reality TV goodness, airing Tuesday night on the Discovery Channel.