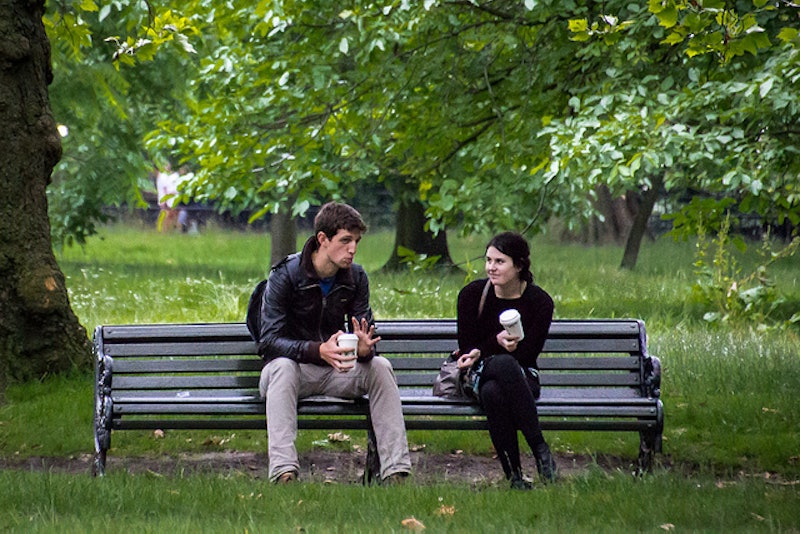 Nearly half my family is in finance, but the only thing I know for sure about money is that my bank account isn't in the negative right now. This type of clueless behavior is sadly typical, says two recent studies by the Global Financial Literacy Excellence Center which found that women have low financial literacy. It should be noted, however, that the male population doesn't generally have the best knowledge of money matters either, wrote The Wall Street Journal, but that still doesn't get us ladies off the hook.

If you're looking to increase your money knowledge (the first step is admitting you have a problem) there are plenty of badass women trying to spread the gospel of economic literacy who you can learn from. The diva of dollar-saving Suze Orman is probably the most well known financial advisor, but there are also plenty of sites and books by women that can teach even the most financially illiterate a thing or two about keeping your cash and growing your net worth. Independence often boils down to financial independence, so any dedicated feminist should know how to get hers and how to keep it. Here are 5 important facts about women and money:

The report, “How Financially Literate Are Women?” surveyed German, Dutch and American women and found that age did not impact their levels of financial competency. Unfortunately, the report also found that women are unlikely to approach an advisor for financial advice, despite their lack of knowledge.

The same research also suggested that one's economic background has little to do with economic literacy. Just because you grew up in the lap of luxury with cash on demand doesn't mean that you know anything about investing or accruing interest.

3. The gender disparity in financial literacy isn't due to a lack of opportunities for women in the workforce

A second study, “Financial Literacy and Economic Outcomes,” disproved the idea that women aren't as financially literate because they haven't historically been a part of the workforce in large numbers. Business economics and public policy professor Olivia Mitchell told The Journal that if this was the case, the literacy gap would have narrowed over time as more women climbed the professional ranks. Unfortunately, the stats just aren't there to make it so.

4. Women are more likely to accurately rate their level of financial literacy

The pro to all these cons is that women at least know what they don't know. Just like I am willing to admit that I'm woefully unschooled in financial know-how, most women who took part in these surveys accurately ranked their level of knowledge as low, too. This means that there's a baseline to build from, which is better than having delusional ideas about our financial competency.

5. Women live longer than men, so financial decisions have even more impact

While it might not matter in your 20's if you've saved for a rainy day, just keep in mind that your rainy days might go on for decades and decades. Women statistically live longer than men, so if you're in a traditional hetero arrangement, it's crucial you know how to take care of your own financial affairs not only because it's empowering, but also because you might be the only person around that's helping with the bills one day.

More like this
5 Crystals To Manifest More Money
By Megan McCarty
How To Make Workplaces More Welcoming For Men In 11 Easy Steps
By Ginny Hogan
What Is Mandy Moore’s Net Worth?
By Hugh McIntyre
Ryan Seacrest's Net Worth: 'American Idol' Makes Up Only Half Of His Wealth
By Hugh McIntyre
Get Even More From Bustle — Sign Up For The Newsletter