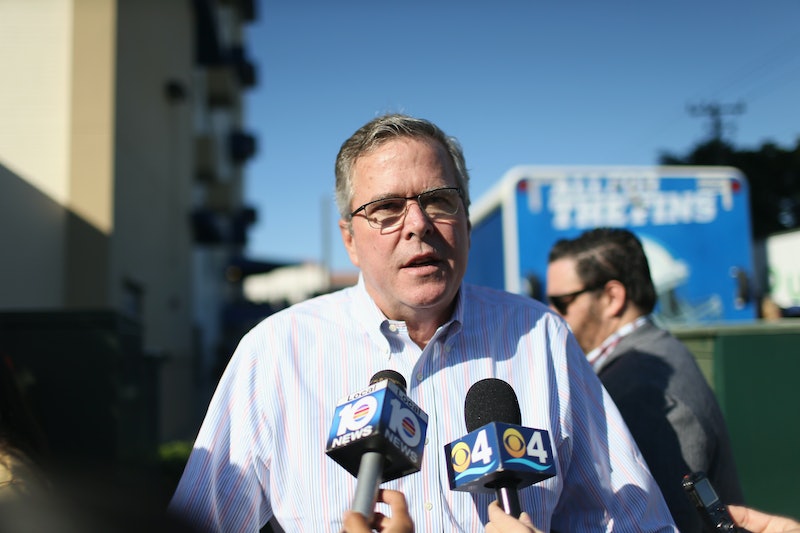 We need to leave it to the private sector. I think state minimum wages are fine. The federal government shouldn’t be doing this.

With Los Angeles recently raising its minimum wage to $15 and cities like Chicago, San Diego, San Francisco, and Seattle all taking major steps to raise their minimum wages, the issue is a hot topic. According to the U.S Department of Labor, the current $7.25 federal minimum wage has not increased since 2009. Conservatives usually argue that raising the minimum wage will cut jobs because businesses will hire less people if they have to pay them more. Numerous studies have shown this isn't true. The U.S. Department of Labor writes on their website:

A review of 64 studies on minimum wage increases found no discernable [sic] effect on employment. Additionally, more than 600 economists, seven of them Nobel Prize winners in economics, have signed onto a letter in support of raising the minimum wage to $10.10 by 2016.

Bush acknowledges in the video that there is a growing income gap in the U.S., but thinks that the federal minimum wage won't close the gap, aying in his speech that he thinks minimum wage furthers the issue. He continued:

Sounds too crazy to be true? Watch the video for yourself.

While Bush's comments suggested he didn't support the federal minimum wage at all, the Associated Press reported that he didn't want to get rid of the federal minimum wage, he just apparently just didn't want to raise it. But... you saw the video. Many news outlets interpreted it as he didn't support any sort of minimum wage. The Hill reported that Bush ignored the publication's request to explain further. Either way, it's clear you won't be seeing him at a Fight for 15 rally anytime soon.