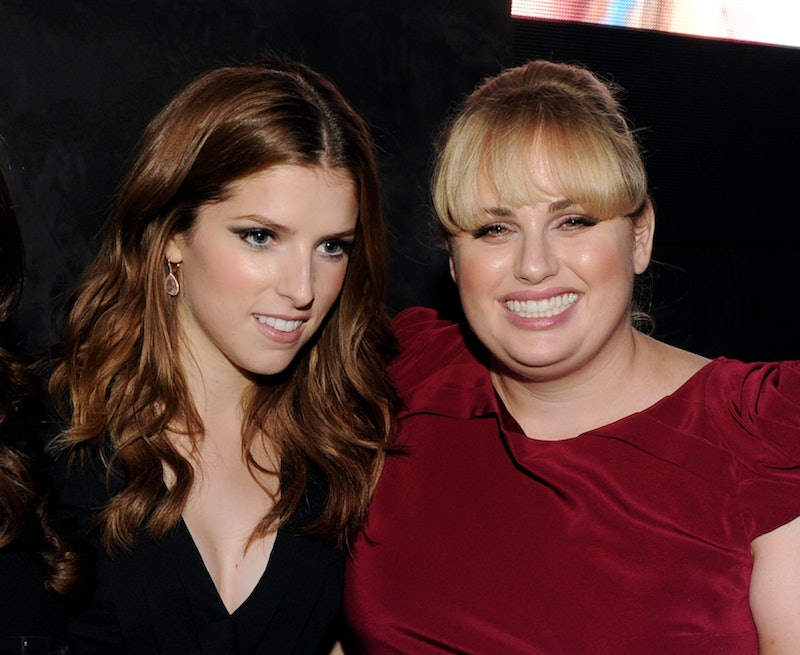 Here's some aca-mazing news to chew on this Monday morning: Pitch Perfect 3 is officially happening. That's already incredible news for anyone whose workout playlist is still the Pitch Perfect 2 soundtrack, and that's not even the end of the aca-awesome announcement. According to Variety, Anna Kendrick and Rebel Wilson will return for Pitch Perfect 3 , which means that we'll have some original Bellas in the mix for the threequel. Though really anyone within the Pitch Perfect universe would make for a welcome addition back, it's hard to imagine the movie without a healthy dose of Barden Bellas Beca and "Fat Amy" — and now, fortunately, we won't have to. The new film is scheduled for release in June of 2017, and in addition to Kendrick and Wilson, we'll likely see a whole lot of new faces strutting the stage in two years.

Pitch Perfect 3 would hit all the right notes if it invited all the Bellas (current and former) to return, but considering that many of our beloved Bellas have (or will) graduate from Barden when the new movie picks up, there's a strong chance that we may be saying goodbye to some our beloved characters. That's a bummer, but it doesn't mean that all hope is lost for an epic cast. Here are seven young actresses who would make aca-incredible Bellas:

The Liv & Maddie actress, who most recently appeared in Disney Channel's villain movie Descendants, has a gorgeous voice. She even records her own music for YouTube, sometimes alongside her co-star (and boyfriend) Ryan McCartan.

Shipp's voice was good enough to play Aaliyah in a biopic — she'd totally kill it alongside the Bellas.

Her turn as Kitty on Glee was one of the best parts of the "new New Directions," and she could definitely take over for Aubrey (Anna Camp) in the third film.

The Broadway darling (she played Nala in The Lion King!) is also a Glee alum, and her Bellas audition piece could definitely be "Tightrope."

Best known for playing Becky on Degrassi, Fisher is also pursuing a career in music. Could she be the successor to Brittany Snow's Chloe?

The former Disney Channel star did a movie musical already with the Camp Rock franchise and has the voice (not to mention dance moves!) to move on from camp to college.

Sure, the way Zendaya's music career is going she could have her own featured in the upcoming movie. Still, she'd fit in perfectly with the Bellas — and could definitely show them a few of her killer dance moves.