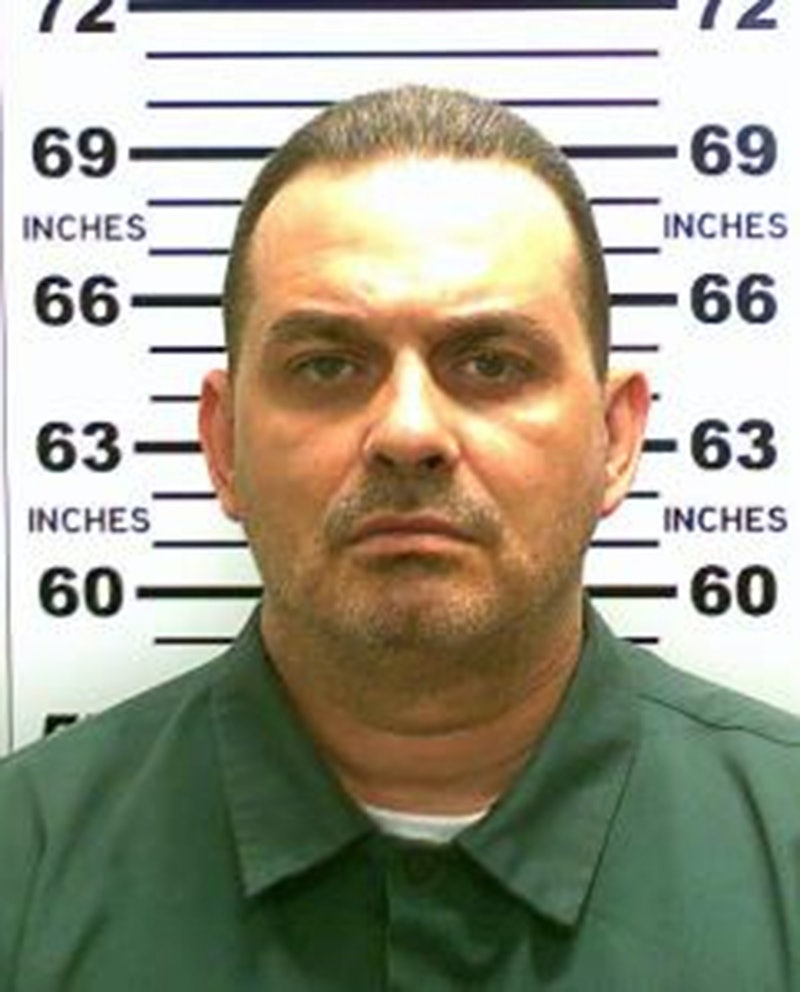 Convicted murderer, prison break aficionado, and celebrity portrait painter — details that can all be found on one escaped convict's résumé. The manhunt for Richard Matt, 48, and David Sweat, 34, entered its 10th day Monday, and authorities appeared to have made little progress in locating them after they escaped a New York prison earlier this month. As the search continues, one of the more unique details to come out of the Shawshank Redemption-like narrative (other than one of the convicts' reportedly, ahem, large endowment) is that Matt is actually a pretty talented artist.

Syracuse resident John Mulligan met Matt while they both served time at another New York State prison, according to CNYCentral. After Mulligan, who was arrested for a bank robbery in 2007, got out, he kept in touch with his friend, sending food packages and money. In return, Matt sent Mulligan more than 10 of his paintings he did behind bars.

Matt's oil paintings are portraits of a number of political figures and famous celebrities. President Obama, Angelina Jolie, and Hillary and Bill Clinton all got a special nod from Matt, their faces immortalized by the hands of a convicted killer. Perhaps an even bigger surprise is the sentiment displayed on some of the paintings' captions. On an Oprah Winfrey piece, Matt, apparently a big O fan, wrote, "She changed so many lives. Thank you Oprah." It's this side of Matt the public should also know, Mulligan told CNYCentral.

So let's take a closer look at some of Matt's art.

Barack Obama (With A MLK Cameo)

The belief that art value appreciates dramatically after an artist's death is, more often than not, a myth, but given Matt's high-profile prison break, his art could weirdly garner some serious interest. You can imagine the exhibit now: "Artist's Escape." Watch the CNYCentral clip below to get the full story behind Mulligan and Matt's friendship.

More like this
How To Fight For Reproductive Rights, Based On How Much Time You Have
By Courtney Young
Juneteenth Is Now A Federal Holiday — Here's What That Means
By Lani Seelinger and Syeda Khaula Saad
How A Political Staffer’s Death Became The Center Of Alt-Right Conspiracy Theories
By Gretchen Smail
How To Protect Your Digital Privacy If You Need An Abortion Post-Roe
By Kaitlyn Wylde
Get Even More From Bustle — Sign Up For The Newsletter