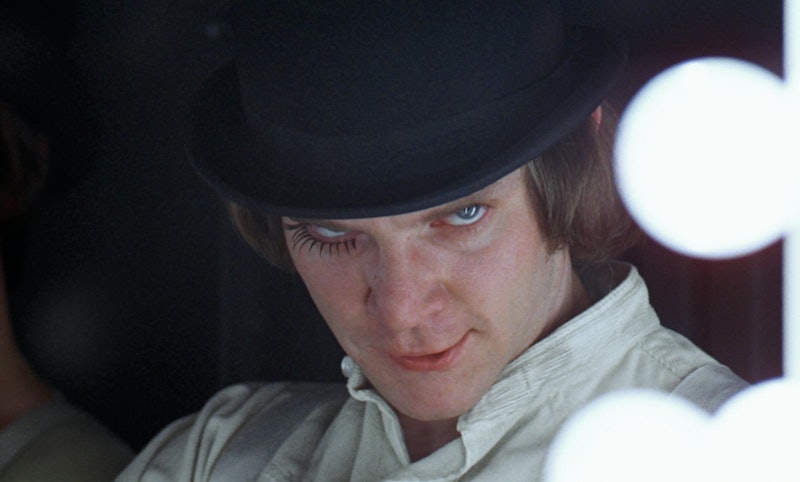 I'm increasingly convinced that people don't actually know what makes someone a sociopath. They often throw around the word “sociopath” to refer to anyone who is a jerk or a liar. “Sociopath,” however, describes a distinct psychological type: A person who exhibits a set of antisocial behavioral traits that make him or her difficult and sometimes even dangerous to interact with. Sociopathy is a personality disorder. The term is at times used interchangeably with “psychopathy." (Some argue that the two terms are synonymous, while others suggest that they are different, though related.) Sociopaths are unconcerned by questions of right and wrong; they tend to be indifferent to the emotions of others, and to be manipulative and deceptive.

The most famous examples of sociopaths are incredibly scary people, like the mercifully fictional Alex from A Clockwork Orange or the disturbingly real serial killer Ted Bundy. But most sociopaths aren’t physically violent. Dr. Martha Stout, writer of The Sociopath Next Door, estimates that one out of every 25 people in North America is a sociopath; by that number, it’s likely that most of us have met at least one. She told Interview,

Sociopaths are difficult, often (emotionally, if not physically) dangerous people to be around. Read on for 11 signs that you or someone you know may be a one of them:

1. You lie just for the hell of it

Sociopaths are often chronically dishonest, lying simply to see if they can get away with it. The lies can run the gamut from minor fibs about why they’re running late for dinner to major deceptions about their lives and backgrounds. If they get caught, they don't feel shame or guilt.

2. You know something is immoral, and you don’t care

As Stout explains, sociopaths can learn the rules of what’s right and wrong, but they don’t care about following them. While some people might feel guilt about doing things like stealing clothes or cheating on a test — even as they continue to commit the wrong — sociopaths feel none of this conflict. They simply don’t feel guilt or remorse.

3. You know you’re being hurtful, and you don’t care

A sociopath does not feel empathy for other people. They can understand on an intellectual level that they are hurting someone’s feelings, but they don’t feel that pain themselves.

Stout suggests that, for sociopaths, boredom is prevalent and painful. They commit many of their actions to try to relieve the sense of boredom they feel, which is why they will engage in impulsive, sometimes dangerous behavior, from driving at high speeds to experimenting with drugs.

5. You can make friends, but you can't keep them

A sociopath can get very good at being charming, but he or she will lack emotional depth. Thus, sociopaths can attract people to themselves easily, but they rarely will have close friends or meaningful relationships with others.

6. You enjoy manipulating others

According to the Mayo Clinic, a sociopath often uses “charm or wit to manipulate others for personal gain or for sheer personal pleasure.” If you’re a sociopath, you enjoy seeing if you can get the people around you to do things they wouldn’t normally do (even if it creates major problems for them).

7. You could not care less about work

Sociopaths don’t feel guilt or a sense of duty, so if their jobs don’t interest them, they’ll perform their duties inconsistently or irresponsibly. Sometimes, they’ll manipulate others to do the work for them.

8. Your sex life is detached and purely physical

In 1941, Hervey Cleckley identified the major traits of the sociopathic individual. According to Cleckley, a sociopath’s sex life will be “impersonal, trivial, and poorly integrated.” Plenty of people have anonymous sex outside of committed relationships, but a sociopathic person will be incapable of having sex that involves emotional attachment.

9. You get angry without justification

Cleckley suggests that sociopathic people exhibit “[i]nadequately motivated antisocial behavior.” They are subject to rages with little cause and are liable to act with emotional and sometimes physical aggression.

10. You don’t learn from your mistakes

One of Cleckley’s perhaps unexpected findings was that, although sociopaths can display a high level of rationality, they often make impulsive, bad decisions and then fail to learn from the consequences of those decisions.

11. You are completely self-centered

A sociopath is only concerned with him or herself. Cleckley argues that they are completely incapable of love. They simply don’t understand and don’t care about the emotions of others. A sociopath may be able to pretend to feel certain emotions and deep affection, but will never actually do so.