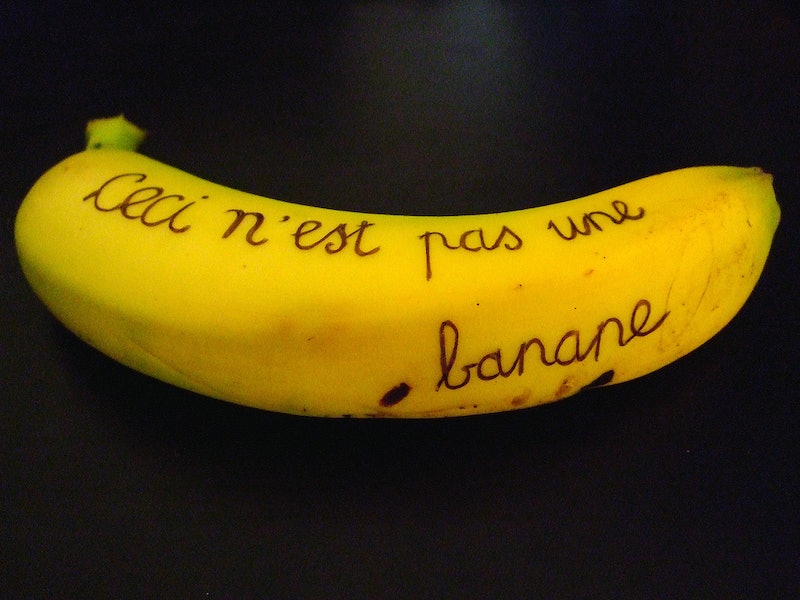 If you watch any movie rated above PG-13, it's not uncommon to see some forms of nudity... but have you ever noticed how it's usually the women who are the naked ones? Stuff Mom Never Told You's Cristen Conger intends to find out why male nudity is still taboo in her latest video for the popular YouTube series. The idea was spun off from a viewer question, with a YouTube user writing in to ask Cristen why women's breasts, butts, and sometimes even vaginas are shown in film, but the same can't be said for guys. "You see women's privates in movies all the time and it's considered 'normal,' but when guys pull out their privates it's considered 'dirty.'" she writes. What's the deal there?

Conger points out out that this phenomenon isn't just present in film, but in all aspects of the media. In fact, she referenced a study that found 76 percent of female portraits that are in the Metropolitan Museum of Art are nude, but men were almost always covered up. What's with this male and female nudity double standard?

A lot of it can be attributed to gendered power dynamics, which assumes what's known in feminist theory as the "male gaze." The male gaze is the lens that is created for the "ideal" viewer of media, which is a straight, cisgender man. The original coiner of the term was Laura Mulvey, who said that women are "the bearer of meaning and not the maker of meaning." Basically, media is created to suit men and therefore creates narratives that give them this entitlement.

Going back to the question of why male nudity isn't shown much in film, there are a lot of power dynamics at work around both nudity itself and being portrayed as such. Conger explains the difference between passive female nudity and active male nudity, which gets to heart of this issue" "Regardless of her actual state of arousal, a naked woman is considered an actual image." She then cites research in which women were shown images of naked men and women and found that they were only uncomfortable when looking at how the bodies of these woman compared to their own. When viewing the naked men, they felt some mix of lust and embarrassment. Meanwhile, the men in this study viewed the naked images of men as being disgusting or unsightly and the images of women as arousing. To summarize this, since women have less social power and male nudity is often conflated to homosexuality, the discomfort on both ends is probably a large part of the reason we don't see more naked men in movies.

Another interesting way to look at this is with social media, where I would argue that the opposite is true: Male nudity is normalized and female nudity is taboo and shamed. In fact, I just wrote an article about two women who started an Instagram account of vaginas to end a lot of shame that exists around female sexuality online. There have been many cases where women have been banned from social media sites for exposing their nipples or pubic hair, but when is the last time you heard of a guy being excommunicated from Facebook because of a dick pic? Probably because online media gives individuals power they don't have in mainstream media, this autonomy makes it taboo for women to assert themselves as sexual beings. Men, on the other hand, already are given permission to express their sexualities, so a naked picture doesn't imply anything bad about him.

There's a lot more theorizing that needs to be done before we can fully answer this question, but in the meantime, watch the full video below to hear the rest of Conger's argument: