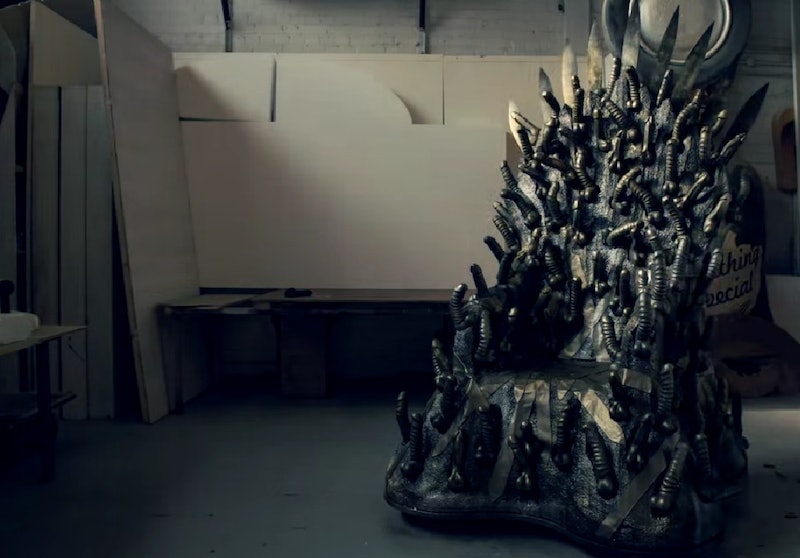 You can see the best thing that's ever happened to humanity being built here, because god is good:

But don't worry, although this is the best themed sex toy I've ever seen, if Game of Thrones isn't your things there are loads more to choose from. You can pick your geeky poison (these links are all NSFWish, obviously!):

I'm not convinced by fleshlights, and I'm even less convinced by why you would need one that's blue! But I guess it's realistic looking, if reality isn't so much your thing.

A second fleshlight, but this one is more mouth themed. If you want the feeling of a vampire sucking you dry, this is all the fun with none of the fang.