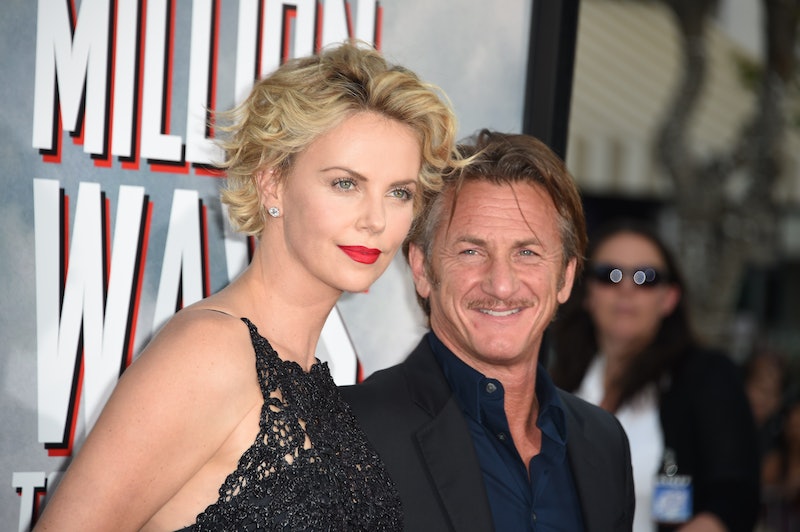 Sounds like another Hollywood couple has bitten the dust. According to Us Weekly, Sean Penn and Charlize Theron have broken up. This news surely comes as a relief to anyone who was shocked anew every time they heard the two actors were together. Just think, you'll never have to say the words, "Wait... Sean Penn is dating Charlize Theron?!" or hear your co-worker say, "I mean, do you remember him in Fast Times? Such a weird pairing!" anymore.

The couple were reportedly engaged, but never confirmed that news themselves, so it won't exactly be surprising if they don't speak publicly about the breakup either. A source who spoke with Us Weekly claims that the two decided to end their relationship after traveling to the Cannes Film Festival together in May. The source also told the publication that Theron was the one to call things off.

According to E! News, Penn and Theron dated for about a year and half. The website also notes that the news might surprise fans seeing as the two looked super happy when attending Theron's Mad Max: Fury Road premiere last month.

While they were pretty hush-hush about their relationship, it definitely seemed like they had a good thing going. Theron told Vogue in May 2014,

Sean and I have known each other for 18 years. We were just really good friends. And it’s been slow going because you are aware that you could screw that up and lose it. We had to think about it. But at the end of the day, it was somewhat effortless. It just kind of naturally happened, and before I knew it, I was in something that was making my life better — the people who really love me can see the effect it has had on me.

Well, if this really is the end for them, that's too bad. But remember, there is a silver lining here: no more feeling like you're suffering memory loss when you repeatedly forget these two are together.