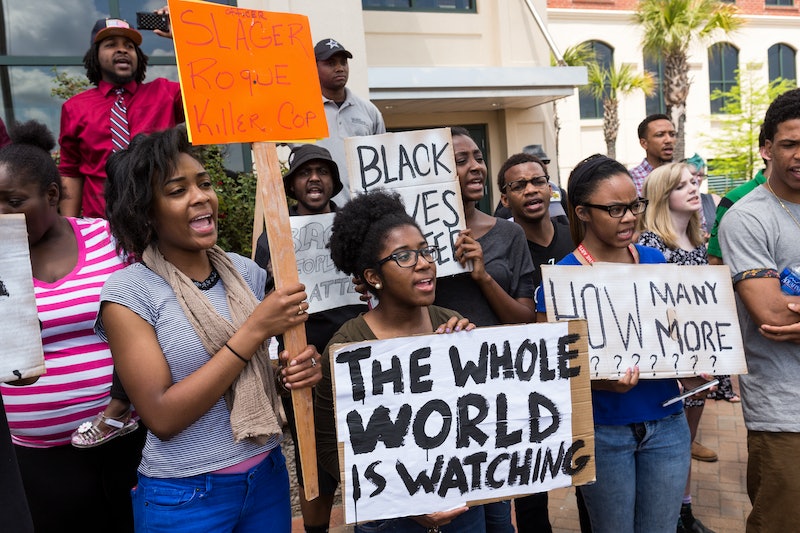 At least nine people were killed Wednesday night in a mass shooting at a historically black church in Charleston, South Carolina. Federal authorities have now become involved in the investigation, with the Department of Justice opening a civil rights probe and the FBI joining the manhunt for the suspect, who Charleston police have identified as a white male in his early 20s. Authorities have already deemed the church massacre a hate crime, perhaps highlighting the tension behind Charleston's shifting racial demographics in recent years.

South Carolina's oldest and second-largest city is currently majority white, but the city's racial patterns have undergone a massive shift. According to a 2011 report from the Charleston-based publication The Post and Courier, Charleston's racial demographics reversed for the first time in 30 years, particularly in the most densely populated area known as the peninsula, which is where the city's downtown and historic neighborhoods are located. The site of Wednesday's shooting, Emanuel AME Church, is also located on the peninsula in the heart of Charleston.

The Post and Courier attributed this dramatic shift to the opposite of white flight — black flight. The city's black residents have fled to nearby suburbs, most likely as a reaction to gentrification, which often brings inflated rents and an overall higher cost of living to urban neighborhoods.

These racial demographics for Charleston actually mirror the racial make-up of the state of South Carolina, which is 68.3 percent white and about 28 percent black, according to the 2013 census. This places South Carolina at No. 15 in the nation for total black residents.

While the Charleston peninsula has become majority white, North Charleston, which is a separate city, is much more racially diverse. Roughly 47 percent of North Charleston residents are black, while nearly 40 percent of residents identify as non-Hispanic white, according to recent census figures. North Charleston was the site of the April shooting death of Walter Scott, an African-American man who was killed while running away from a white police officer.