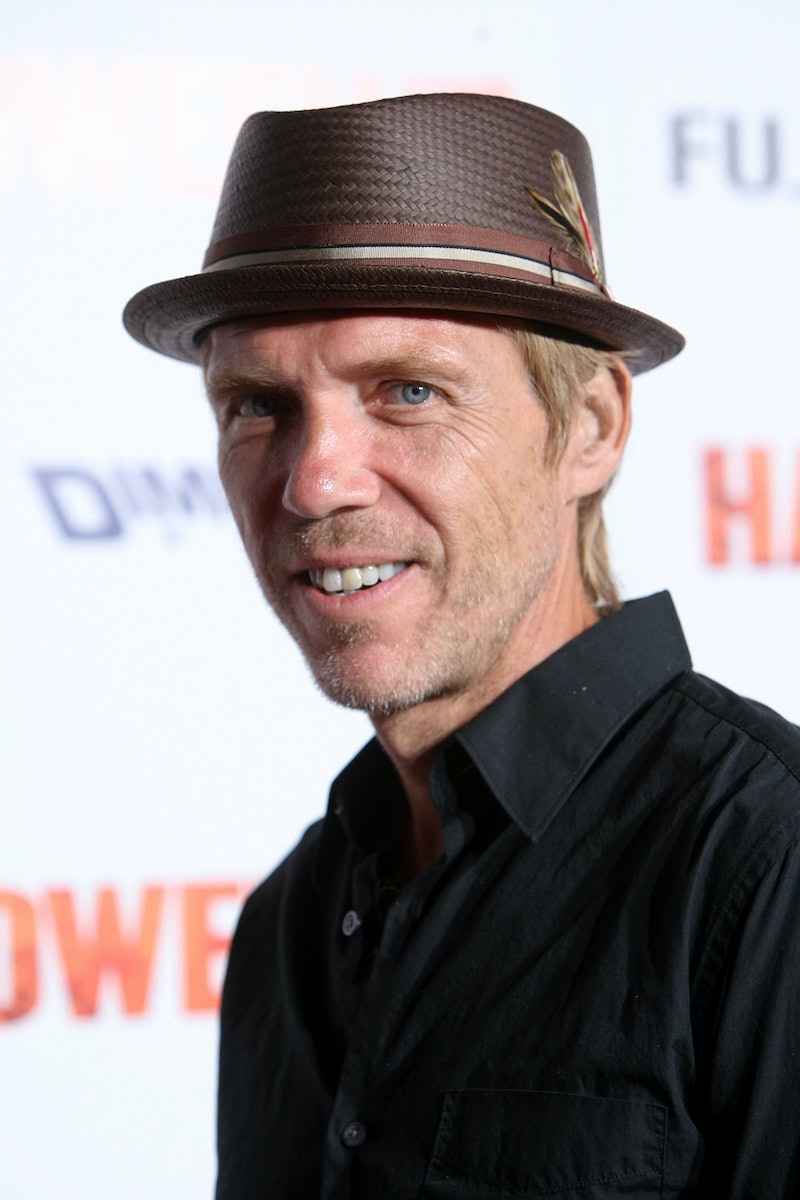 Ever since Animal Planet's "Monster Week" featured the premiere of the new movie The Cannibal in the Jungle, audiences have been curious to find out if one of the central characters, Timothy Darrow the cannibal, is real or not. While Animal Planet clearly wants to keep this secret, it turns out that there is no real story behind The Cannibal in the Jungle, though the legends about its tribe of Indonesians are based on real ancient hominoids nicknamed "hobbits" living in the prehistoric jungle (though they were not cannibals). However, the 1977 story of a scientist convicted of eating his two compatriots as they investigate in the jungle? Totally fictional. It kind of makes sense, right? If an American scientist was convicted for cannibalism in the late '70s, you would've heard that story before. He'd be the ultimate urban legend, the subject of thousands of words on Wikipedia and at least a dozen Law & Order episodes.

But Animal Planet gets around that by not explicitly denoting the line between fact and fiction in the summary of The Cannibal in the Jungle, and never disclosing during the film that it's not a real documentary. The Darrow footage is pretty compelling, and the movie convincingly uses documentary conventions, so I can't blame you if you believed that Darrow is real. But now that you know the scientist was totally made up, it's time to give Animal Planet props for pulling off such a convincing faux-documentary. And we can get to know Richard Brake, the actor who's responsible for bringing the older version of Darrow to life. He's a character actor who should be naggingly familiar to anyone who's been to the movies in the last few years, and Timothy Darrow is just his latest role, albeit a memorable one.

From The Transporter TV series to Kingsmen: The Secret Service and Spy this year, Brake is used to grabbing a gun and playing a a henchman.

He Turned Hannibal Lecter Into A Cannibal

Well, at least in Hannibal Rising, the Lecter prequel that came out in 2007 and tracked the future serial killer's development. Brake's character was one of the men who killed and ate Mischa, Hannibal's sister, which gave the young Lithuanian a psychotic edge and a taste for human flesh. That also marks Brake's first time playing a memorable onscreen cannibal, which probably gave him the practice he needed to make his portrayal of Darrow stand out.

In 2005, Brake played Joe Chill, the man who murdered Bruce Wayne's parents in Batman Begins. In Christopher Nolan's version of the story, Wayne is even planning to assassinate Chill, but he is shot before Wayne can get to him. So Brake's character is responsible for not just making the well-adjusted 11-year-old into a future superhero, but also for molding that hero's biggest personal rule: no killing. This guy has a thing for origin stories.

Morrison plays the 1970s version of Darrow, and he also has a few other notable credits, including appearing in another reality-bending documentary, Sarah Polley's Stories We Tell, and a Canadian afterlife dramedy called Nonsense Revolution.

And There's Simon Ginty, Too

Ginty plays the fictional Darrow within the framework of the mockumentary. And he has his share of fans, judging by the tweet above. Most of them seem very fond of his appearance in Wrong Turn 5: Bloodlines, a horror movie which, coincidentally, is also about cannibals — but this time, instead of scientists, they're serial killers torturing high school kids.

Oh, And Brake Is The Ultimate Game Of Thrones Villain

In addition to his appearance on The Cannibal in the Jungle, Brake made another memorable guest spot on a TV series this year, even though you don't see his face. He's playing the Night King on Game of Thrones — aka the biggest, scariest White Walker of them all, and the one who directly challenged Jon Snow in "Hardhome."

Even though The Cannibal in the Jungle turned out to be a mockumentary instead of a documentary, there should be plenty more opportunities to see Richard Brake on television playing a character who's no more real than Timothy Darrow, but extremely dangerous to the people of Westeros.

More like this
What Colonel Tom Parker Was Really Like
By Morgan Leigh Davies
What’s New On Netflix: 'Stranger Things' & 'Mean Girls'
By Arya Roshanian
Hannah Khalique-Brown Has Her Sights Set On 'Strictly'
By Frances Stewart
'The Undeclared War' Spotlights The Real-Life Threat Of Cyber Attacks
By Maxine Harrison
Get Even More From Bustle — Sign Up For The Newsletter