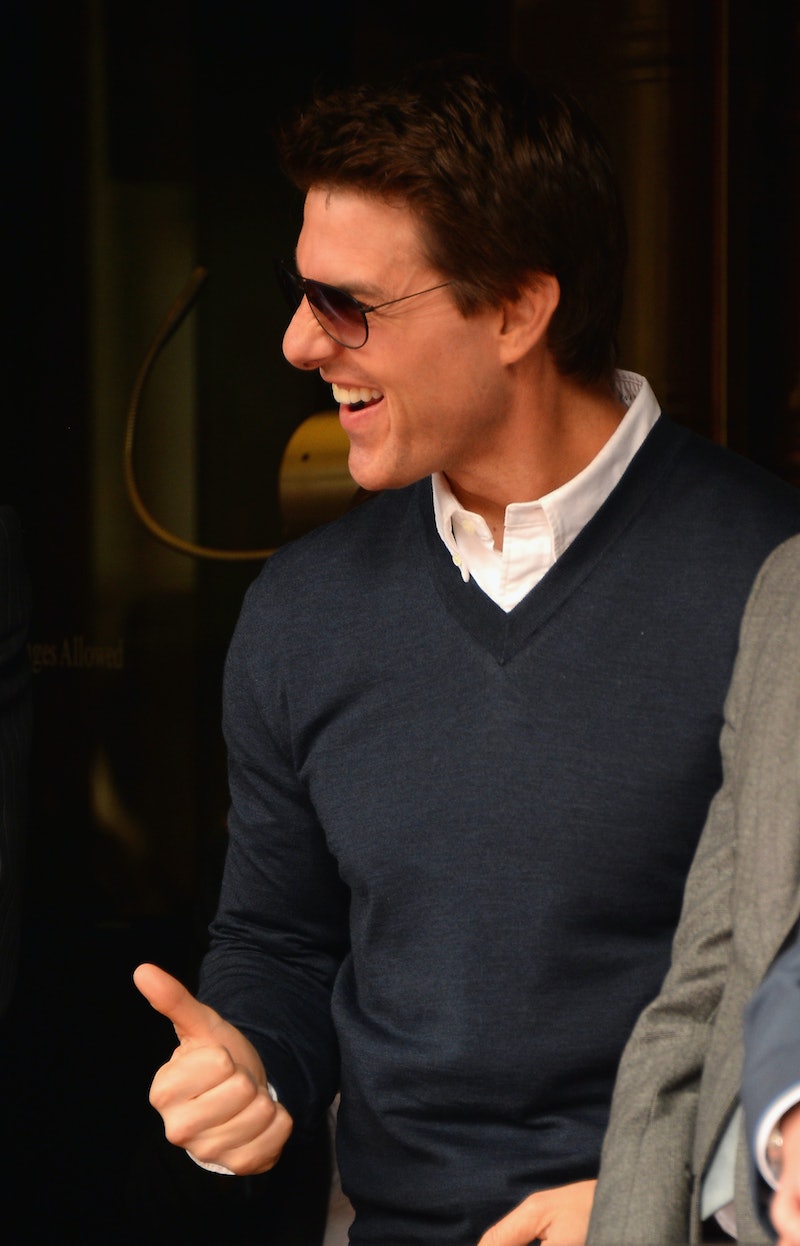 This weekend in Clearwater, Florida, a brand new center for Scientology opened. Tom Cruise and John Travolta were front-row-center for the grand opening of the Mega-Church-School-Spa-Resort-Thing, along with 6,000 more guests and believers. The ceremony also included a keynote speech from the Church's current leader David Miscavige. The huge red-ribbon wrapped around the building celebrated the opening of Scientology's main center for the development of Super Powers (more on that later).

What is now the tallest building in Clearwater is the 377,000-square-foot Flag Building of the Church of Scientology. According to Scientology.org, Scientology is, "A religion that offers a precise path leading to a complete and certain understanding of one’s true spiritual nature and one’s relationship toself, family, groups, Mankind, all life forms, the material universe, the spiritual universe and the Supreme Being." The modern religion founded by L. Ron Hubbard in the early 1950s is popular amongst celebrities including Elizabeth Moss, Jason Lee, Beck, Will Smith, Kirstie Alley, Laura Prepon, and Juliette Lewis.

Though the religion has plenty of mega-stars attached to it, most of the attention garnered is for some of its outlandish practices and beliefs, most clearly articulated on here, on South Park:

Needless to say, it takes a lot to wrap your head around Scientology, L. Ron Hubbard, actual beliefs and practices, Hollywood fanaticism, and its massive "retreat" centers for its exclusive members. Though the public is only welcome into the lobby of the Clearwater center, there are a few things we do know about the new Flagship location for the Church of Scientology. And here are some of its most insane features:

The Center Will Give You Super Powers

Though many church officials won't go into details about what exactly goes into the Super Power program, we do know this much according to the Tampa Bay Times, "Super Power uses machines, apparatus and specially designed rooms to exercise and enhance a person's so-called perceptics. " These perceptics include an ability to discern relative sizes, blood circulation, balance, compass direction, temperature, gravity and an "awareness of importance, unimportance." Um, OK.

How will Scientologists perceptions be heightened while spun in the antigravity machine? They'll be blindfolded, of course!

You've Got to Run For It

The new Clearwater Center has a track on the sixth floor in which believers are meant to run on until they achieve "cognition" or a moment of enlightenment. I think scientists call that "endorphins".

It's An Actual Resort

The plans for the building reveal space for three restaurants, swimming pools, a ballroom, garden pavilion and atrium, plus 220 bedrooms and suites. That's one hell (sorry) of a "religious retreat".

Plenty of Space for Those $1000 Auditing Sessions

Auditing is one of the main practices of Scientology --it's a process in which a follower is asked a series of questions and given directions or commands by an Auditor. What happens in those sessions is kept confidential by the church. They cost $1000 a pop.