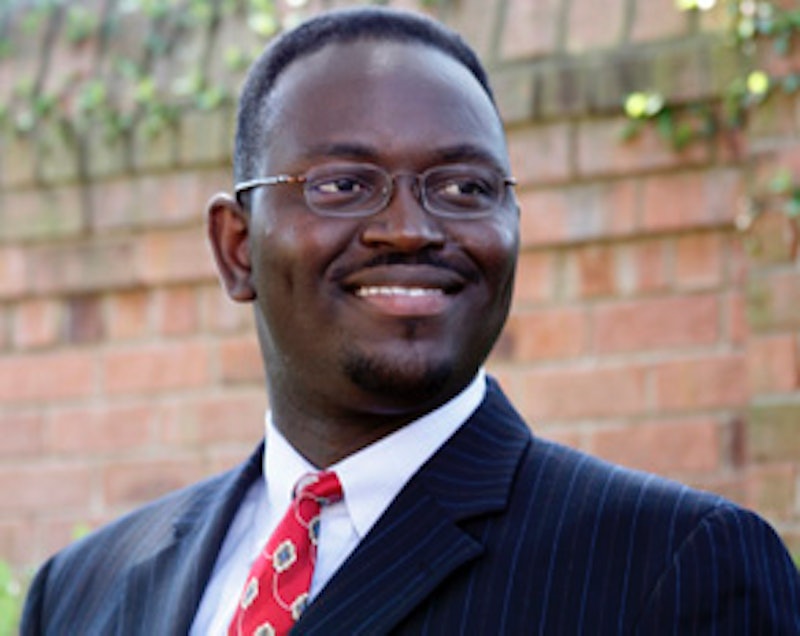 A shooting on Wednesday night at the historically black Emanuel African Methodist Episcopal Church in Charleston, South Carolina, left six women and three men dead. Among them was Rev. Clementa Pinckney, whose accomplishments and legacy will live on. A Democratic member of the South Carolina Senate, Pinckney — who was 41 years old — was both a state legislator representing Senate District 45 and a senior pastor at "Mother Emanuel," as the Emanuel AME Church is affectionately called. In a statement Thursday morning, President Obama said he and the First Lady knew several members of the Emanuel AME Church, including Pinckney, and he commended the pastor for embodying the spirit of Dr. Martin Luther King, Jr.

Veteran civil rights activist Rev. Al Sharpton also made a statement following the shooting. "It is chilling to me that just over two months ago while I was in North Charleston over the police shooting of Walter Scott, I’m reminded that Rev. Pinckney was among the clergy who stood with me at that occasion and now he has fallen victim to senseless violence," Sharpton said.

Pinckney, who is survived by his wife, Jennifer Benjamin, and two children, Eliana and Malana, was engaged in human rights advocacy work throughout his life, and he set several important political and academic records. Here are four of his most important achievements, which range from political activism to religious leadership.

1. He Campaigned Against Police Brutality

In April, a black South Carolina man named Walter Scott was shot dead by police. Following his death, Pinckney helped lead a prayer vigil for him, which civil rights leader Rev. Al Sharpton also attended. Pinckney also campaigned for the use of body cameras in police forces; at the vigil, attendees prayed for South Carolina legislators to pass a body camera bill. Pickney said at the time that body cameras might not "fix" the problem of police brutality, but would at least hold authorities accountable.

I think that if my colleagues will be moved by the fact that other people are moved by the need for body cameras, and also that there will be persons that will give testimony as to why body cameras are important. Body cameras help to record what happens. It may not be the golden ticket, the golden egg, the end-all-fix-all, but it helps to paint a picture of what happens during a police stop.

2. He Was The Youngest African American In South Carolina History To Be Elected To State Legislature

In a state whose statehouse still flies the Confederate flag, Pinckney's election to State Legislature at such a young age was particularly significant. According to The New York Times, Pinckney served on various committees in the Senate, including finance, medical affairs, and transportation. Additionally, Pinckney was committed to public service, and he remained involved in national politics up until his death. He had been campaigning for Hillary Clinton to receive the Democratic presidential nomination.

The Emanuel AME Church website states that Pinckney started preaching when he was just 13 years old, and was first appointed to pastor at 18, serving at various locations before being appointed pastor at Mother Emanuel in 2010. He was appointed to an AME apprenticeship as a teenager and then served as a pastor at Allen University — which is run by the AME Church — during his freshman year of college.

Back in 1999, right before Pinckney got married, the Savannah Morning News reported that he had become a pastor at Mt. Horr AME Church in Charleston County. At that time, Pinckney made it clear that his impending wedding and his new pastor position would not stop him from being involved in politics, though he told the Savannah Morning News that his first priority was his religious work.

[The ministry] is my first love. I see everything I do as an extension of the ministry. It's all about service. In the community, in the African American community, one person ought to say something and that is the minister. The minster is paid by the people. He doesn't work for a big company. He doesn't represent a particular special interest.

When he became a pastor at Mother Emanuel, he inherited a church with a tradition of civic engagement and civil rights work while embracing his own heritage as a fourth-generation pastor. According to the Charleston Post and Courier, his great-grandfather, Rev. Lorenzo Stevenson, sued the Democratic Party in the state to end whites-only primaries, and his uncle, Rev. Levern Stevenson, worked with the NAACP to fight for the desegregation of school buses.

4. He Was Committed To The Church As A Place Of Freedom

In his statement Thursday morning, Obama said that "Reverend Pinckney and his congregation understood the spirit" of Dr. King, explaining that "they opened their doors to strangers who might enter a church in search of healing or redemption."

A 2013 speech by Pinckney, in which he talked about the history of the Emanuel AME Church, exemplified this. In this speech, Pinckney talked about Denmark Vesey, who once led Mother Emanuel and organized a major failed slave uprising, and how the church has come to represent freedom.