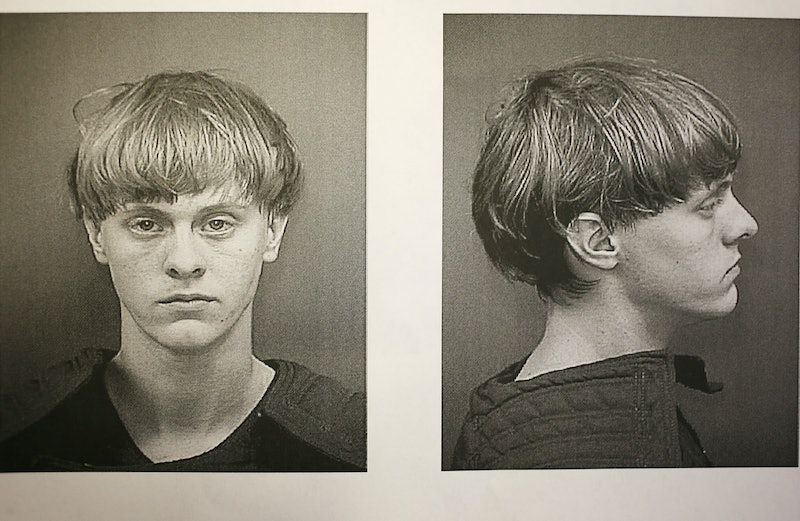 Following the mass shooting Wednesday that led to the deaths of nine people between the ages of 26 and 87, alleged Charleston shooter Dylann Roof has been charged with nine counts of murder. According to the Charleston Police Department, Roof has also been tagged with a possession of a firearm charge after allegedly opening fire in Emanuel African Methodist Episcopal Church.

These charges come just one day after Roof was taken into custody for the crime, which took place during a Bible study. Snapchat footage of the study session, allegedly taken by victim Tywanza Sanders, showed someone resembling Roof sitting calmly with parishioners. After a gunman shot and killed eight victims (a ninth was pronounced dead at the hospital), and escaped the church, the suspect was picked up in Shelby, North Carolina by authorities. A source told CNN that Roof has since confessed to the shooting (though officials are not yet confirming that claim), allegedly telling police that he wished to start a race war.

According to a cousin of victim and state senator Rev. Clementa Pinckney via a survivor, the gunman told the Bible study attendees before opening fire, "You all rape women and you're taking over our country...I have to do what I have to do."

Words from Dalton Tyler, Roof's roommate, certainly don't paint Roof in a positive light. According to Tyler, via ABC News, the suspect had mentioned a desire for violence. As he told ABC News,

He was big into segregation and other stuff. He said he wanted to start a civil war. He said he was going to do something like that and then kill himself.

Tyler also told reporters that Roof had been "planning something like that" for the six out of the seven months the two were acquainted.

So what's next for Roof, following the charges? The suspect is scheduled to appear in court Friday, and many are hoping the death penalty is in the future for the possibly racially motivated the felony, which police are investigating as a hate crime. And that includes Nikki Haley, South Carolina's Governor, who was blunt with reporters asking about Roof's alleged connection to the murders:

We will absolutely want him to have the death penalty.

In America, you know, we don’t let bad people like this get away with these dastardly deeds...[Roof] is now in custody, where he will always remain.

Others are directing most of their anger at U.S. gun control laws, which have yet to become stricter despite the fact that we've seen mass shootings in locations like Isla Vista and Fort Hood in the last year alone. Roof, for one, was able to get ahold of a firearm, even with a felony on his record for possession of prescription narcotic Suboxone — because South Carolina laws don't require background checks on privately traded guns, the gift from Roof's father to the suspect went unchecked.

Following yet another deadly shooting incident, here's hoping everyone is.

More like this
6 Organizations Fighting Police Brutality That You Can Support Right Now
By Syeda Khaula Saad and JR Thorpe
A New Netflix Doc Will Explore The Unsolved Murder Of Jill Dando
By Sam Ramsden
This First Look At 'The Gold' Shows Jack Lowden In A Whole New Light
By El Hunt and Sam Ramsden
15 Black-Owned Liquor & Wine Brands To Add To Your Bar Cart
By Alexis Morillo
Get Even More From Bustle — Sign Up For The Newsletter
From hair trends to relationship advice, our daily newsletter has everything you need to sound like a person who’s on TikTok, even if you aren’t.