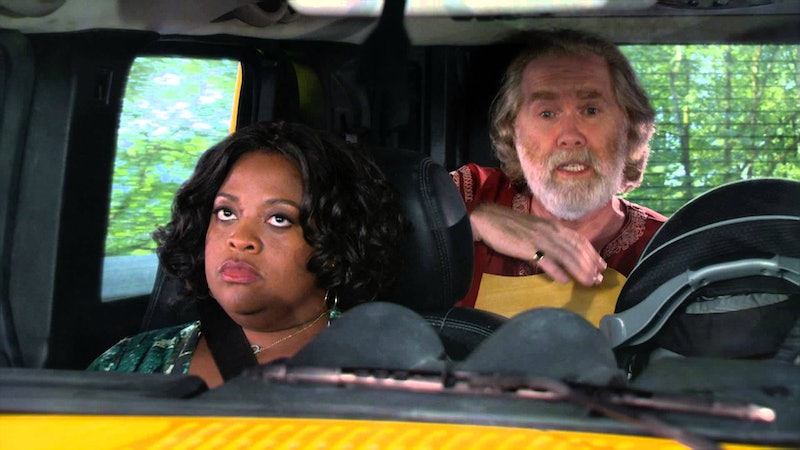 Dammit, How I Met Your Mother! Last week’s episode suckered your legion of doubting viewers back in with a storyline that not only took place outside the Farhampton Inn, but with recognizable character moments and a joke structure that didn’t feel like someone screaming OH I SEE WHAT YOU DID THERE in my face for 21 minutes. It was human and sweet. Marshall was there! The Mother showed up! And while the writers are maybe overplaying her position as the perfect sixth member of the gang no one yet knows about, she was endearing as all hell — a life raft of vintage HIMYM that made me less nervous about what would come this week.

But you had to throw it all away, didn’t you? Had to go breaking the heart of a viewing nation that had just started to trust you again. For shame, HIMYM. I thought that maybe we could dispense with the "recognizable human behavior" grading scale we started implementing a few weeks ago, but I see that for the time being we’ve just got to stop kidding ourselves. This is not our beautiful house. This is not our beautiful wife.

Plausible for HIMYM?: Sure. Barney is exactly the kind of person who would spend the bulk of his wedding weekend pulling off WACKY HIJINKS rather than focusing on his fiancée and the possibility that she might leave him for his pathological inattentiveness. Already at the Farhampton Inn, he’s helped Marshall break laws to erase a voicemail, sided with his mother in an argument she was having with his fiancée, and inadvertently caused a priest’s death. Staging a Parent Trap situation for his parents is pretty par for the course!

Plausible for humankind?: Listen, divorce creates lingering scars in the children it affects. That stuff stays with you forever. It’s just that one hopes, on your wedding weekend, you can keep it all in perspective and remember that your primarily there to get married.

Ted puts on his “Inspector Mosby” cap to figure out who spilled ink on the Wayne Gretzky photo Barney entrusted him to drop off for Robin, discovers it was Billy Zabka all along

Plausible for HIMYM?: Absolutely! HIMYM Season 9 loves nothing more than to craft an entire episode out of a previously unmentioned characteristic. That’s sort of the show’s thing at this point. And if you can shoehorn in a guest-star (Billy Zabka), who's already gotten more mileage than necessary? Actually make the emotional fulcrum of this plot about him? So much the better!

Plausible for humankind?: No defense

Plausible for HIMYM?: The Marshall/Daphne storyline ran out of gas something like two months ago, 10 minutes into the premiere, so yes — it makes total sense that we'd still be dealing with it nine or so episodes in. Good news, so it seems, is that Daphne's storyline has ended (or might be coming to an end). Which means Marshall could very well get to Farhampton by... the Super Bowl?

Plausible for humankind?: Seems reasonable enough! So by default: Marshall driving Daphne to her daughter (who we've never seen before)'s Model UN summit = episode's most human and powerful plot of the episode. High fives all around.