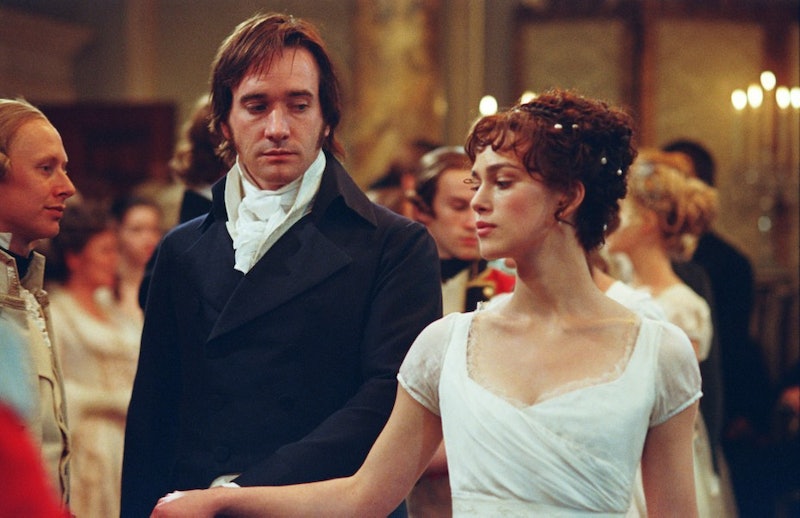 Remember the first time you read Pride and Prejudice , and you swore that you were born in the wrong century and that your soulmate probably existed somewhere in a fictional world? And you bought a T-shirt that said “What do you mean Mr. Darcy isn’t real,” and happened to be wearing it when you had appendicitis, and when the nurse in the ER didn’t know who Jane Austen was, you told him that statement hurt you more than the pain in your side? We’ve all been there.

But though Jane Austen may be known for writing romance and has ruined most of our love lives because of it, her novels are filled with more than just dancing and passionate letters and significant glances. She created a slew of three-dimensional female characters who took control of their own lives, rejected oppressive standards, and demonstrated plenty of feminist lessons that still apply today. Plus, she doled out extra sass through her witty narration. Disguised as stories that always end in happily ever after, Austen’s books are actually full advice on how to be totally fierce.

So though Austen wrecked our lives with her romance skills … she tells us how to piece them back together by providing us lessons in being a badass, whether you’re living in the Regency era or the 21st century.

Stand Up For Yourself... And Your Family

Elizabeth Bennet may feel slightly mortified by her quirky family from time to time, but always stands up for them when it comes down to it. In Pride and Prejudice, when Mr. Darcy tries to separate Jane and Bingley, Elizabeth challenges him on it, and he eventually helps reunite the couple.

You Have The Right To Say "No"

Emma Woodhouse of Emma is annoyed that "it is always incomprehensible to a man that a woman should ever refuse an offer of marriage." After all, refusal was one of the few rights women in the Regency era could claim in terms of relationships. Jane Austen's heroines claim that right whether the men like it or not: Elizabeth Bennet politely declines Mr. Collins's offer of marriage, and even denies Mr. Darcy's initial offer when she thinks they're not right for one another. Catherine Morland of Northanger Abbey rejects the creepy John Thorpe, saying that, "if I could not be persuaded into doing what I thought wrong, I will never be tricked into it." And who can forget Emma's rejection of Mr. Elton, especially as it's portrayed in Clueless with Cher climbing out of the car in frustration? Jane Austen makes it clear that a person has the right to say no, and the right to have a rational decision respected.

Be Yourself Without Worrying About What Others Think

Many characters in Pride and Prejudice criticize Elizabeth for speaking her mind, but she does it anyway. She refuses to conform to a standard that doesn't fit her personality, and instead stays true to herself — plus, bonus: Mr. Darcy sees her true character and likes her all the more for it.

Stick To Your Beliefs

Though Fanny Price from Mansfield Park seems meek and timid in comparison to some of the more badass Austen heroines, she has her own brand of fierceness. Fanny has a strong idea of what is right and what's wrong, and she doesn't let others sway her. She steps back and lets others make their own decisions while still sticking to her own beliefs. Similarly, Elinor and Marianne Dashwood in Sense and Sensibility have opposing personalities, but both sisters make decisions based on what they think is right, staying true to their personal morals.

You Can Be Strong and Still Admit When You're Wrong

Emma Woodhouse is the picture of a confident leader. She is influential in her community, but doesn't always consider this when making decisions — she makes fun of a woman below her status, and Mr. Knightley points out this faux pas, much to Emma's chagrin. However, she eventually rights the wrong, and emerges just as strong and confident as ever, proving that you can be a good leader and still admit to your mistakes.

Be Loyal To Your Friends... But Don't Waste Your Time With Those Who Don't Have Your Best Interests At Heart

Catherine Morland is constantly loyal to her friends in Northanger Abbey, but her initial BFF Isabella turns out to be a frenemy. Catherine gracefully removes herself from Isabella's company, and instead spends time with people who truly respect her and have her back.

Just Because Something is Right For Others, Doesn't Mean It's Right For You

Though many people around her are seeking marriage, Emma Woodhouse initially shows no interest in finding a husband. She is happy with what she's got, and recognizes that just because marriage is right for some people, doesn't mean it's right for her. And, she reserves the right to change her mind later without having to explain herself, because she recognizes that her decision is her decision.

In Persuasion , Anne Elliot rises to take charge when another character is injured. Anne recognizes that she is the best person to take control of the situation, as she is able to stay calm in an emergency, and immediately takes initiative.

Have Confidence In Your Personal Strengths

Emma lacks some of the skills of a traditional "accomplished woman"; it's clearly stated that she doesn't have any musical talent whatsoever. Yet she can command a room and clearly understands her leadership ability. Her confidence in her own strengths is the key to her success.

Don't Let The Haters Get You Down

Jane Austen faced her share of criticism, but she didn't let the haters stop her from writing what would become some of the most beloved novels in history. In fact, in Northanger Abbey, Austen added what seems to be a special note to all the novel-haters:

“It is only a novel... or, in short, only some work in which the greatest powers of the mind are displayed, in which the most thorough knowledge of human nature, the happiest delineation of its varieties, the liveliest effusions of wit and humour, are conveyed to the world in the best-chosen language."