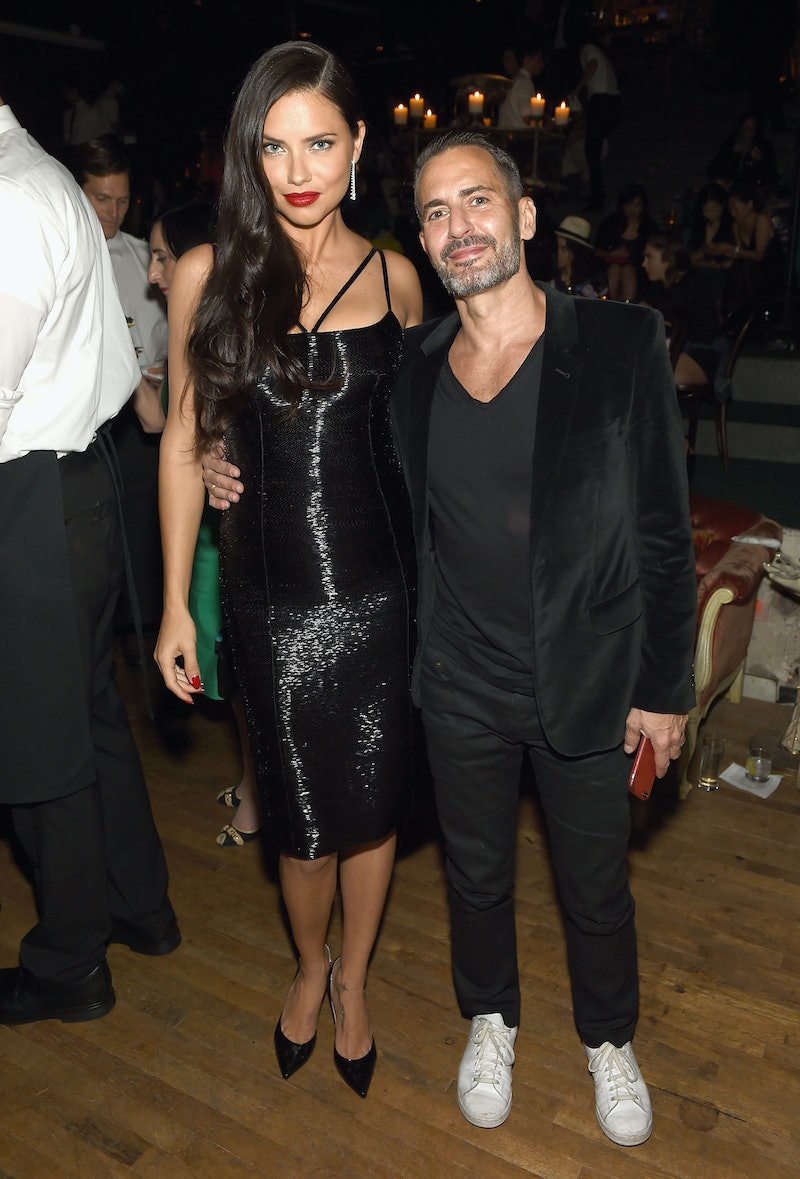 For someone who's always incorporated theatrical elements to his designs and runway shows, it was no surprise that Marc Jacobs hosted a magic show to launch Decadence, his latest fragrance. The influential designer celebrated the release of his new perfume in New York alongside Adriana Lima, the face of Decadence. The Victoria's Secret Angel even took part during the night's main event, assisting magician Gregory Dubin to perform the classic illusion of sawing a person in half. Joining them onstage was none other than the designer's own dog Neville Jacobs, who has his own Instagram account with over 140,000 followers.

Guest of honor Lima stunned in two outfits for the Decadence launch party, wearing a shimmery, body-con LBD and then changing into a white tulle gown later. The night's other guests included some of Jacobs' closest friends, including filmmaker and former Marc Jacobs model Sofia Coppola, Sonic Youth's Kim Gordon, and artist Rachel Feinstein. Rows of the handbag-inspired bottles of Decadence were incorporated into the club's decor, which also welcomed the likes of model Jamie Bochert (who also performed a song onstage), RuPaul's Drag Race contestant Milk, and comedian/Chloe Sevigny impersonator Drew Droege. Illusionist Dubin entertained the guests with his act, from a "cups and balls" trick with Jacobs' Bull Terrier, to asking for a volunteer from the audience. Lima joined him onstage first as an assistant, but later found herself getting sawed in half for the sake of magic.

"Ready for a great night," Jacobs posted on his Instagram. "So grateful for the friends in my life, and for all the inspiration they consistently give me!" Check out videos and photos below from the launch party for Marc Jacobs Decadence:

Who later sawed the supermodel in half.

Lima made it out alive, obvi.