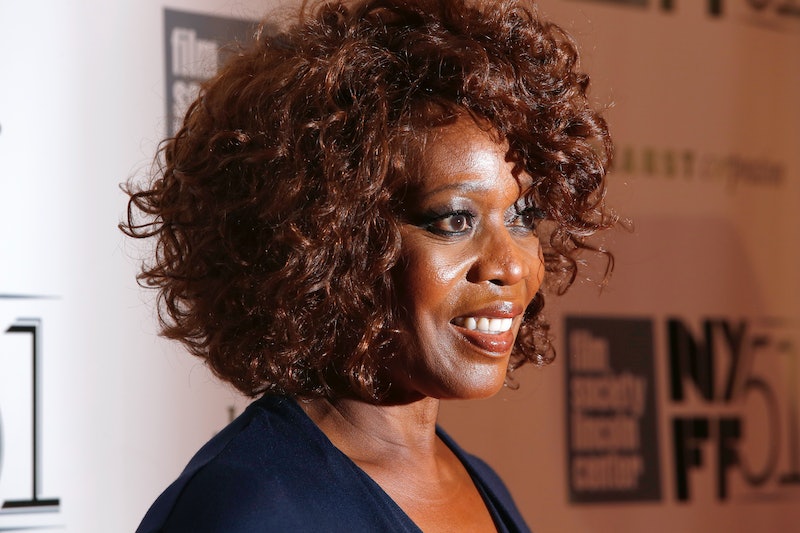 Shake my damn head. On Monday night, someone at the Armani Instagram account, who I presume has been terminated and disappeared, posted a photo of Alfre Woodard from the 5th Annual Governors Awards, with the caption: "Idris Elba posing in a gorgeous Georgio Armani dress." OMG.... hold on a second. I have no problem discussing race and ingrained racism, but this is just so horribly absurd that I have to laugh — do we really still live in a world where people think that all black people look alike? Even across genders?

Oh, the humanity. The Instagram photo was later deleted and then reposted with a different caption — much later. Like, an hour later. Whose job was this?! Twelve-year-olds could do this job better (have you ever looked at the "popular" page on Instagram? It's a wilderness of filtered tweens.)

To make matters worse, which seems impossible, but they achieved it, they ALSO posted a picture of the actual (beautiful) Idris Elba, who, to their credit, was wearing Armani. Sadly, though, they couldn't even get that right — the photo they posted showed Elba with Naomie Harris, his co-star, but whom Armani called his girlfriend in their caption. Come on, people — do a 10 second Google search before making such egregious errors. Here's a screenshot photo, courtesy of The Root:

A resounding HELL NO could be heard across the Twitterverse, where the best was made of such horrible racist fuckery: behold, the birth of #armanicaptions.

The fashion industry just CANNOT get it together in terms of racism. Italian fashion bigwigs had a "Disco Africa" party in October, which was just an excuse for people to go crazy with blackface. Earlier this year, Vogue Netherlands ran an editorial with a model wearing blackface. (Sad how many times I have to type "blackface.") Not to mention the repeated and tiresome whitewashing of runways. This industry is crashing and burning... but at least it's fun slash terrifying to watch?