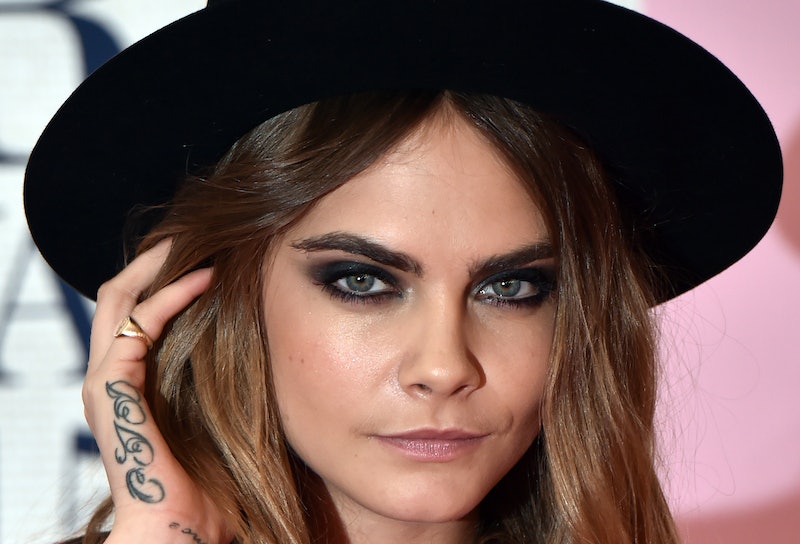 For quite some time now, it’s been all about that celebrity bass, but now, it looks like eyebrows are poised to steal the spotlight any day now. Seriously, it’s true — just look at Cara Delevingne and Emilia Clarke’s eyebrow battle on The Graham Norton Show. Things got pretty hairy... pun-intended. Now, I don’t know about anyone else, but I’m pulling for for nature’s hairy eye accessories to take over the throne. After watching these celebrities show off such impressive brow-flexing skills, how can anyone deny that eyebrows deserve more time in the spotlight?

In the clip, Delevingne revealed that her eyebrows "do all the work," and that she just sits and "waits on them to do things." Based on the way they go completely berserk during the eyebrow duel, that’s a fairly believable statement.

But not so fast – let’s not assign Delevingne the title of "Eyebrow Master" just yet. Moving on to Clarke, dragons aren’t the only things to fall under her spell. The Game of Thrones actress is apparently quite skilled at manipulating her eyebrows as well.

Clarke's Terminator: Genisys co-star Arnold Schwarzenegger, as well as Southpaw star Jake Gyllenhaal, were both on hand to judge this battle between two eyebrow greats based on "precision," "movement" and "definition." That's a fine judging method, but I think we can take it a little bit further. Therefore, I've gone to some extraordinary lengths to recreate the battle here, and present both opponents at the height of their brow-down. Trust me, it was so close, and, like I said: things definitely got pretty hairy.

Since I don't want to ruin the outcome of the contest, here's a GIF recap of the competitors first:

Check out the full contest below and decide for yourself who should be crowned "Eyebrow Master":