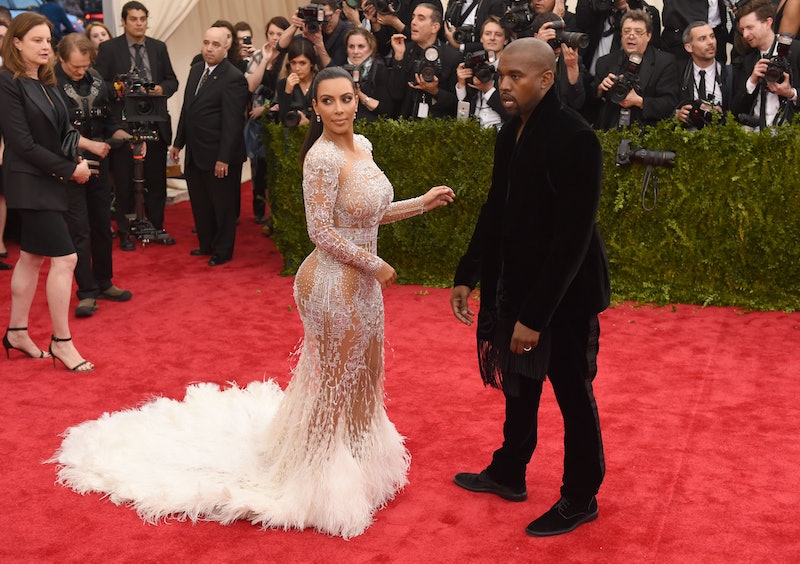 Well, isn't this just the sweetest reveal? In an Instagram post published late Sunday night, Kim Kardashian confirmed she's expecting a baby boy with husband Kanye West. The news was revealed in the caption of a photo Kardashian posted of West with their first child, North West, while on his Yeezus tour back in 2013: "Precious moments like this when we were traveling on tour with you are what I live for. You're such a good daddy to North & you will be the best daddy to our new son too!" Seriously, is that not the most understated and cutest baby gender reveal ever? Between this and the quiet way Kardashian revealed news of her second pregnancy — in a promo for new episodes of Keeping Up With the Kardashians — I already cannot handle the adorableness of this growing family.

Rumors about the gender of Kardashian's second baby have been floating around since pretty much the moment her pregnancy was announced. Most reports stated that the reality television icon was expecting a baby boy — this one from Us Weekly , for instance, reports a "Kardashian pal" stating that "Kim always wanted two kids... a girl and a boy," — but this is the first time the news has actually been confirmed.