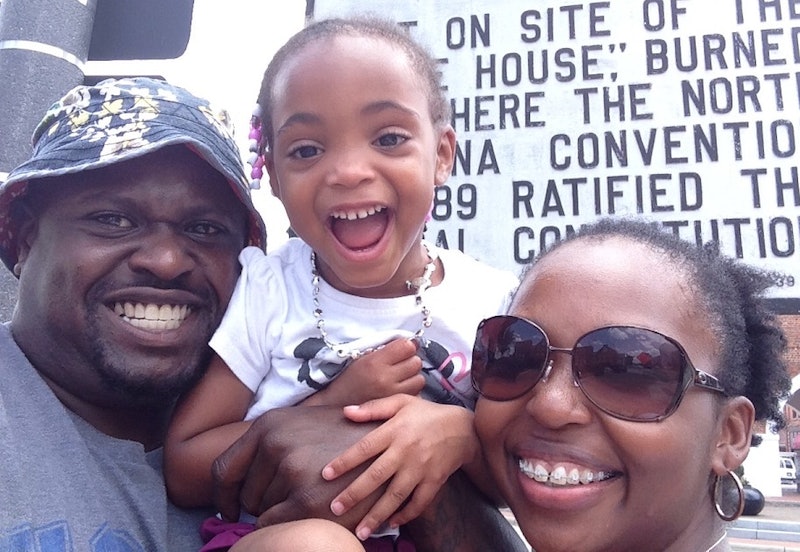 I never thought I would be a single mother. Certainly, when my daughter was born, I understood the value a good father brings to a family, and I looked forward to sharing that responsibility with my then-husband. Once that relationship ended, I worried whether I would be able to be the parent my daughter deserves without a partner by my side. On several fronts, I shouldn't have worried. With a college degree, lucrative career, and an army of friends and family ready to help, I was in a better position than some. It was easier for me to find affordable child care, cover all our living expenses, and manage the everyday emergencies that too often send single moms over the financial cliff. It wasn’t until I introduced my little girl to the man who would soon be her stepfather that I learned three crucial lessons of parenting, as well as the benefit of having a strong, involved partner.

I used the word “partner” for a reason. I chose the term deliberately because I don’t think that it’s the man/woman dichotomy that is causing my daughter to blossom. There’s plenty of research to bear out that point: Children do well when supported by a loving, committed partnership. What that partnership looks like can, and does, vary from family to family. 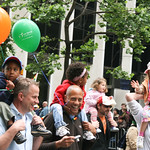 But what researchers are beginning to uncover is the benefit of what I’ll call parental balance. In his article for The Atlantic, social researcher W. Bradford Wilcox put it this way:

Mothers and fathers working together as co-parents offer a diverse yet balanced approach to discipline.

I agree. As my fiancé grows into fatherhood, I have another adult to play a counterweight in my daughter’s upbringing. Where I’m focused and cautious, he's laid-back and spontaneous. While I use crafts and building sets to encourage her creative side, he’s more likely to do it by taking her to the hardware store and helping her build her own playhouse.

The benefit of a different parenting style is something that researchers and writers are starting to examine, as well. In an interview for Salon, child psychiatrist Kyle Pruett argued that fathers engage kids in a way that mothers don’t.

There are a couple of things that we notice fathers do much more than mothers when given the opportunity. It’s a fairly short list that includes roughhousing and other physical activity; an interest in having children encounter the world outside of the mother’s enclosure, not in spite of it but in addition to it; the use of play as a form of teaching as well as entertainment; and a willingness to allow frustration to build a little bit more than a lot of mothers are comfortable with, in order to teach some life lessons.

Pruett uses "father" and "mother" to represent a gendered partnership between parents, and of course parents can interact with kids in ways that aren’t gendered. But I think his underlying point is a good one: The best parenting partnerships complement each other and broaden the child’s experience of the world.

Some women get to experience the moment their partner realizes that he’s going to be a father. Instead of that mind-shifting moment, I’ve been able to witness a gradual change. Watching my fiancé become my daughter’s father has been the most beautiful, rewarding lesson of our relationship. Witnessing their relationship has taught me several important lessons about parenting.

1. Be Patient. It’s OK To Slow Down And Enjoy The Ride.

Patience isn’t really my thing. Having a kid forced me to slow down, but now I’m more aware of the benefit of living in the moment. Some experiences really do only come around one time. Why the rush to get to the end?

There are certain things I’d never think to do with my daughter. For example, this summer she’s learning how to swim. Of course, I want her to learn how to swim, but I’m the parent more likely to sign her up for classes taught by a former Olympian. My fiancé is the type of parent to put her in a safety vest and toss her around the pool until she gets comfortable in the water. Both approaches have merits, but I will admit that his approach is actually more fun.

3. You Don’t Have To Do The Hard Stuff Alone.

The biggest change has been having another person to tackle anything that comes up. My kid sees us team up to solve problems, split work to make things easier, and negotiate without tearing one another down. Every time my daughter sees the two grown-ups who love her most work together with love and support, she learns a bit more about how relationships should work.