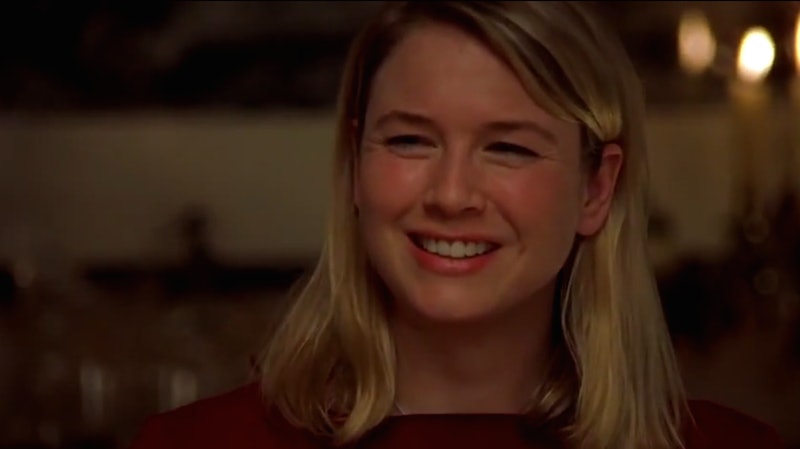 I feel that I am not alone when I say that Bridget Jones's Diary is one of my all-time favorite comedies. More than almost any other character I can think of, Bridget embodies the ridiculous contradictions of modern womanhood. I read the book, by Helen Fielding, as well, and I highly recommend it to anyone. There's a great moment in the book that exemplifies all of what makes the book and movie so funny; after obsessively focusing on counting calories for months, Bridget's friend informs her that she actually needs food to survive. This is a revelation for Bridget. Now, while it might seem ridiculous that someone would forget the link between food and survival, it makes total sense that in our dieting culture, someone might make that mistake. Similarly, it's easy to laugh at Bridget, who quickly jumps from her boss sending her sexually explicit messages to marrying said boss, while still recognizing those tendencies in ourselves and our culture.

Re-watching Bridget Jones's Diary, those little recognizable moments stand out. Unfortunately, the movie added a few romcom tropes that I feel weaken the realism of the movie. Renee Zellweger does an amazing job as Bridget, and Colin Firth is dreamy as always as Mark Darcy. Here are the major things I noticed when re-watching Bridget Jones's Diary, and if you haven't watched it or read the book, do so immediately.

1. I Still Completely Relate To This:

We are all Bridget Jones.

2. It Will Always Be The Perfect Role For Hugh Grant

3. Love That Moaning Myrtle Was Crying In A Bathroom In This One, Too

4. And Speaking Of Harry Potter:

Solving the difficult issues of creating a movie out of a diary.

There was Bridget Jones at a tarts and vicars party.

There was Bridget Jones.

It will break you down.

9. Props To Salman Rushdie For Playing Along In This Scene

Apparently, he was friends with Helen Fielding.

11. Who Would Answer The Phone Describing Herself As A "Wanton Sex Goddess"?

That basically guarantees that your mom will be on the line.

13. This Fight Was Way Over-The-Top & Gratuitous:

One of the rare missteps in the film.

15. The Film Is Made Up Of Happy & Sad Musical Montages

16. Colin Firth's Character Likes Bridget Just The Way She Is